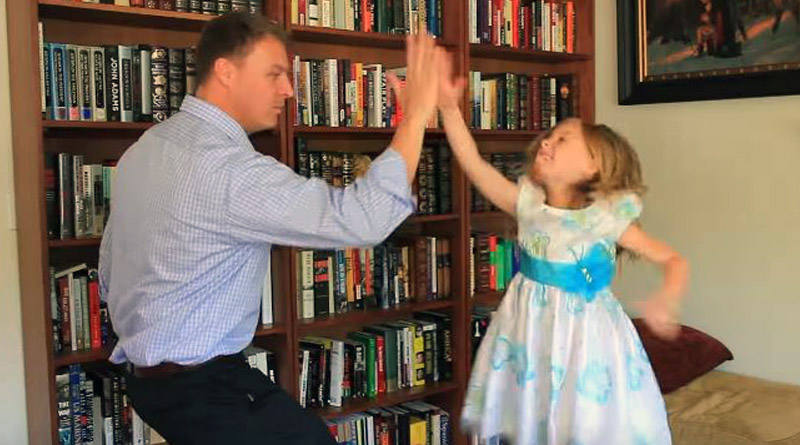 Every great company has a great story. Leeds Bicycle Solutions is no exception to the rule. We began with a desire to fix a problem. We wanted to improve the bicycle commuting experience and make riding a bike easier. Like it was when we were kids – simple and fun. Some of my best memories are of when I would ride my bike after school when I was a little kid. And some memories stand out more than others.

When I was nine years old I lived on an Air Force Base in Virginia. I would save my allowance and do extra chores for my mom so that I could buy a pack of baseball cards once a week. I loved the Baltimore Orioles, Atlanta Braves, and New York Yankees. Cal Ripken once gave me a high five at a baseball game and I thought it was by far the coolest experiences as a kid. I memorized players’ stats and I updated everyone with everything baseball as if that’s all that mattered in the world.

As soon as I had enough money each week, I would hop on my bike and pedal as fast as I could to the baseball card shop about two miles from my house. I’d take a shortcut through the forest, zip along the road, and cut through neighbors’ back yards.

When I arrived, I’d spend a few minutes staring at boxes of baseball cards surmising which pack had the best cards in it. When I felt I knew, I’d buy the pack quickly. I’d pop the stale stick of gum from the top of the deck of cards and then flip through looking for my favorite players, particularly Cal Ripken. Those days are long gone, but the memories feel as if they were yesterday.

When I was in my twenties, a bike became a necessary means of transportation. Then a means to serve others. I rode to and from college campus on my bike in order to pinch pennies. I was actually broke as a joke. There were times at college when I ate Ramen for breakfast, lunch, and dinner.

After my first year of school I served a two-year ecclesiastical mission for my church in Honduras. As we served local communities following the devastation of Hurricane Mitch in 1998, we borrowed bicycles to reach homes that were far from a small pueblo called Talanga. Bikes were the only means of transportation that allowed us to reach those in spiritual and physical need.

At 30 I wanted to raise money for children of veterans. These veterans motivated me to work with the Freedom Alliance. Together we raised money for scholarships by riding my bike from Quebec, Canada to Key West, Florida in just over a month. We did not raise much, but I know it meant something to the recipients of the money. It meant that their mothers and fathers who served their country and sacrificed so much are not and will never be forgotten.

Later, as I got older, had kids, and fell into what seemed like the rat race of commuting by car to and from work every day, I felt like something was missing. It took an accident for me to figure out what was missing.

While I was in the Army, I made the mistake of injuring my right foot. My injury was bad enough that it was considered career-ending. I was told I would not be able to run again and I faced the challenges we all do at some point in our lives of having a body unable to perform as it did when we were young. But I was determined to make the best of my situation and I began commuting to work with my bicycle. It gave me a new found freedom since I could not run and do many things like before.

The problem I now faced was being able to ride a bike like I used to. It was difficult and overwhelmingly painful to put all my weight on my foot when I was climbing hills to and from work on the bike. So I began looking for a biking solution…

That solution was found in European and Asian cultures of commuting to work. I discovered electric bikes. The problem I found with electric bikes was the associated costs, absurdly ugly designs, and poor performance in most systems.

I set out to create an electric bike conversion kit that was affordable and could be installed on any bicycle, essentially a kit that would convert your old bike into a brand new electric bike that was powered by well-respected lithium-ion battery manufacturers Panasonic and Samsung. A bike that would give you the ability to ride like a kid again.

After a large effort, huge costs, and finally a great product, we decided to take the kit to market by launching a crowdfunding campaign on kickstarter.com. My wife, kids, and I had fun making a cheesy homemade video (see below) to launch the product. This was a fun venture and looking back is a little embarrassing. Self-deprecating to say the least, but I suppose that is what made our story an authentic American startup success.

The Kickstarter project went well with a small delay in manufacturing overseas but our awesome backers kept us motivated along the way. It was because of our supporters that we were able to launch and begin a journey that has been amazing throughout. The rest is history.

Today, my wife and I continue growing the company with the help of ten outstanding employees and five kids who motivate us every day to continue providing outstanding customer service and innovative products. Our customer feedback guides our efforts. It is our mission to get you out of the car and onto your bike saddle whether it be by commuting to work by bike or merely for the enjoyment of feeling like a kid again riding around the neighborhood.

I’m inspired by others who have used bicycles for great things. My kids bring me great joy as I see them riding their bikes around the neighborhood and I look forward to hearing your stories as you discover a new found freedom as you get back on your bike or e-bike and ride like you used to.