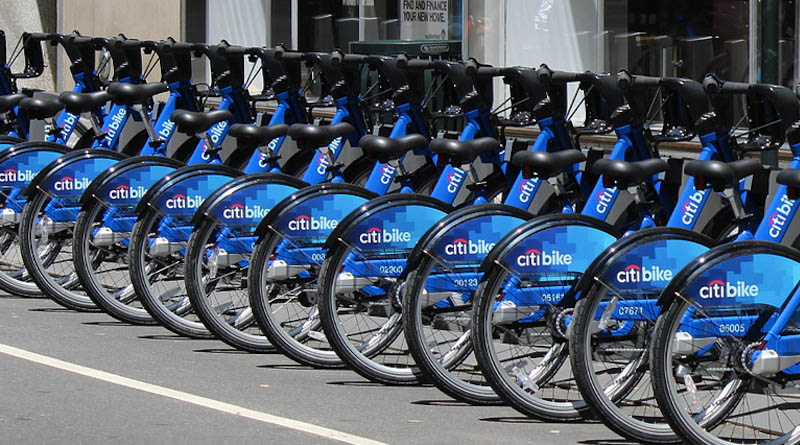 This is how you pedal into the mainstream! >> Birmingham will get North America’s first electric-assist bike share http://t.co/TNvMTqhv9S

Installing an e-bike kit on a shared bike is a low-cost, practical way to provide eco-friendly transportation in planned communities and campuses. As the demand for bike-sharing continues to grow in major cities, community planners are trying to incorporate this service into their urban development plans. For those in charge of such projects, one thing that needs to be considered is the topography of the community, which could be a turn-off for would-be bikers. Bicycle shares have become incredibly successful projects in the cities that have fully implemented them such as Capital Share in Washington D.C.

Most bike shares in planned cities serve as a commuters’ preferred way of getting from public transport stations to their final destinations, which could be some distance from their point of origin, or what is usually called the “last mile”. For places with rolling terrain, the additional burden of biking uphill might prove to be too much, even for those who lead active lifestyles. They have also become successful in crowded cities such as Washington D.C. which claims the number one spot for the most congested city for traffic. It is a quick way to zip around town where it is an impossibility in a car or too expensive in a taxi.

Fitting regular bikes with electric bike conversion kits is even a cheaper way of transporting people from one point to another, compared to running a company shuttle service or buying ready-made electric bikes, especially in large campuses. Compared to a new electric scooter, a regular bike fitted with an e-bike kit costs less and has fewer state or local operating requirements. Installation is easy and takes only a few minutes. Once installed, all you have to do is keep the battery pack charged to get the most out of the kit.

You can also set up centralized charging stations in strategic locations with a fleet of e-bikes being charged at any given time to make sure that you can meet the demand for sharing services twenty-four hours a day. There is virtually no learning curve. Riding a bicycle fitted with an e-bike kit is as easy as operating a simple throttle on the handlebar, which means you don’t need to teach users how to ride. You simply grip and go.

Q: Which city will have the 1st bikeshare program w/electric pedal assist tech in N and S America? A: http://t.co/dTtWRYnoLe

An e-bike friendly policy will help your planned community in more ways than one. First, it will decongest the roads and sidewalks, helping people get to where they need to be faster, even if their workplace is uphill from the bus stop or train station. Second, because the number of cars is reduced, residents and workers will be able to enjoy the benefits of fresher air and the great outdoors. Lastly, because more commuters are encouraged to take e-bikes to work or going back to their stops, you will gradually see an increase in productivity and fewer instances of tardiness and absences!

Leeds offers some of the best electric bike conversion kits and e-bike accessories in the industry, including battery bags, battery systems, and DIY kits. Our electric conversion kits fit all types of bikes, wheels, are designed to function on all terrain, and are available in different battery capacities to meet your needs. For more details, visit our FAQ page or call us at (866) 933-8716!