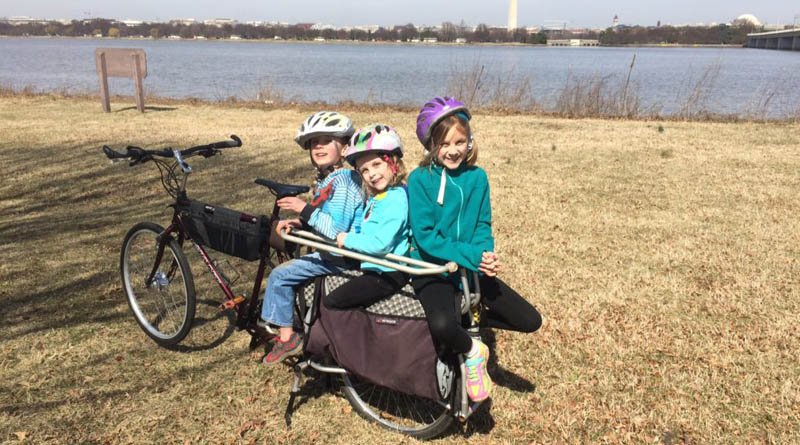 The family station wagon touring D.C. is out for more fun.

Spring calls for pulling the bike out of the garage, tuning it up if it hasn’t been ridden in a while and going for some enjoyable rides. We did just that this last weekend. The very first bike I installed our kit on was an old steel Trek bicycle purchased in Monterrey, California for $80 from a retired Marine. I installed an older version of our 250 Series kit on it as well as an Extra Cycle Free Radical and rode it all over the California coast with the kids. That was in 2012.

Feeling nostalgic this week for 2012 when the kids were younger, I thought I would take my three oldest on the same cargo bike into Washington D.C. along the beautiful bike trails in Northern Virginia (NOVA). NOVA has turned old railroad tracks into scenic bike trails throughout the area thanks to the Rails to Trails Project. These are absolutely beautiful well maintained trails that go for miles and miles. In fact the Washington & Old Dominion Trail goes from D.C. to Leesburg, Virginia and beyond.

Anyway, I thought I had a good feel of the trail from a quick glance on Google Maps. I was wrong. We took a southern route that was 23 miles one way, but should have been 17. The bike still runs great, the 8FUN motor performed as if it was brand new, and the Ultra+ 250 Series lithium e-bike battery made it a full 40 miles on a single charge. I don’t know who enjoyed the ride more, but I can say that even though the bike can pass everyone on the trail, I think my oldest has outgrown the cargo bike. You be the judge, but I will say that she tried slowing me down with her feet throughout the 40 miles roundtrip. 🙂

My youngest wanted to visit “the heroes”. It was befitting to take the Marine’s old bike to visit the Iwo Jima Memorial created after Joe Rosenthal‘s iconic image that captured the flag raising on the summit of Mt. Suribachi on February 23, 1945. The true story is captured in the book Flags of Our Fathers written by James Bradley who just so happens to be the father of John Bradley, one of the men depicted in the image raising the flag. James Bradley’s wife Sarah passed away April 4, 2014. 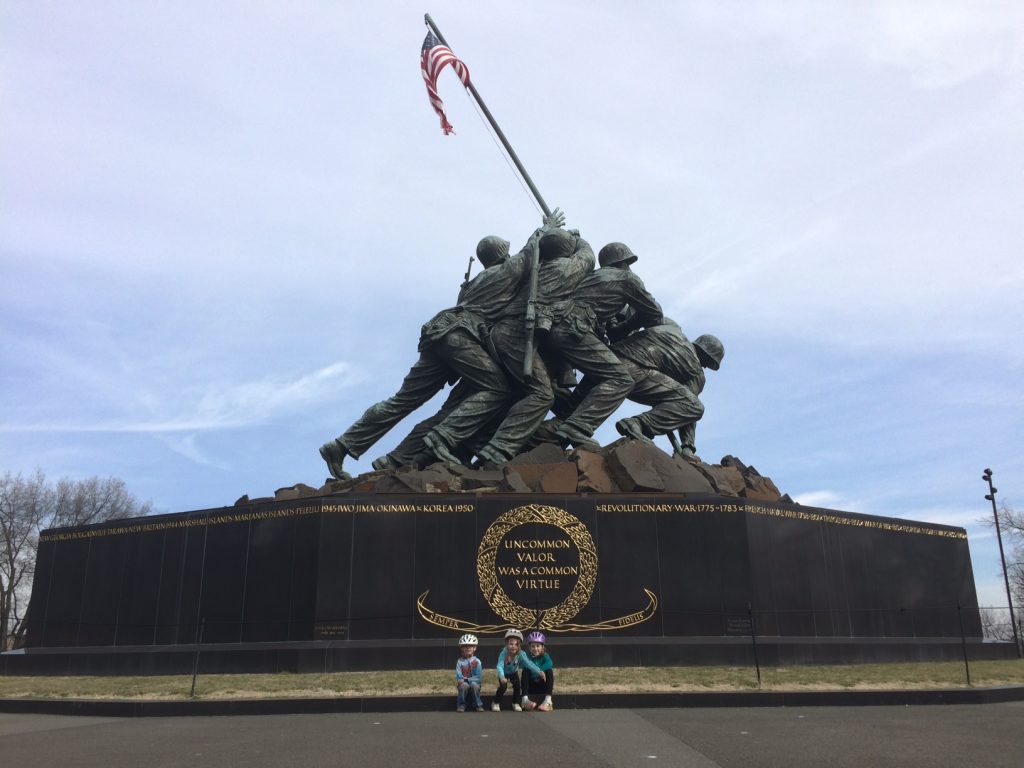 We are grateful for all our veterans past and present for the service with which they honor their country. We would like to take this opportunity to say thank you. Here’s to you veterans! 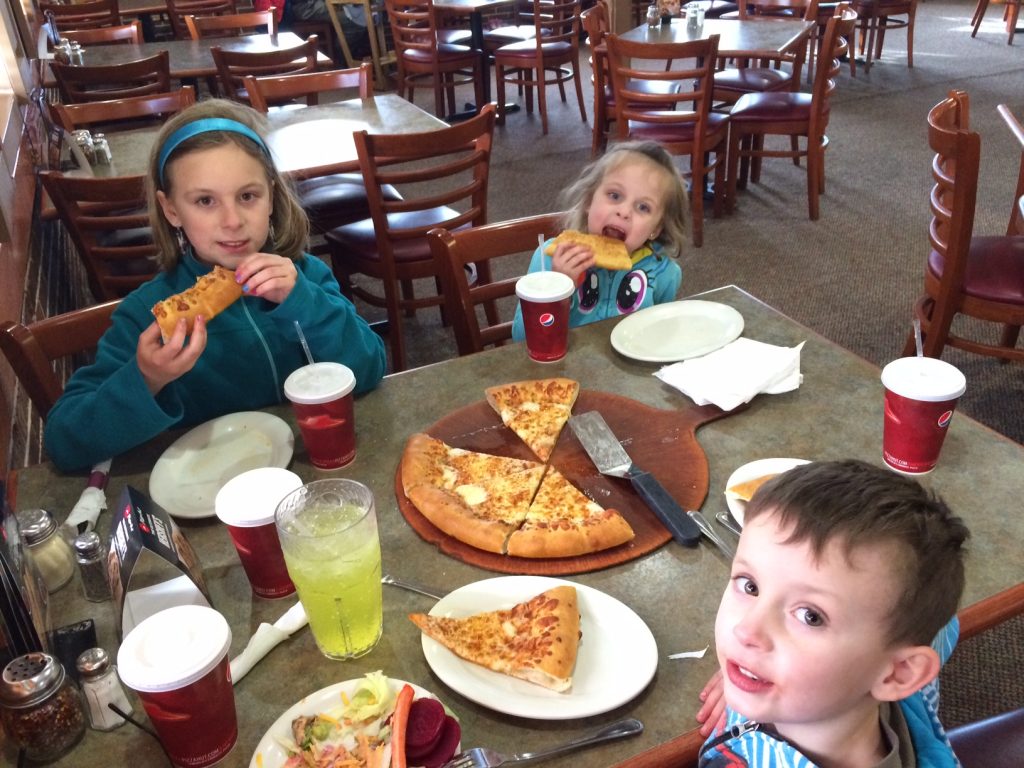 If you have not yet pulled the bike out we encourage you to get it ready for the beautiful weather. If you live south of the cold Winters we are jealous. The rest of us ride only part of the year and some of us “die-hards” ride rain or shine. Bike shops are getting very busy as it warms up so get your bikes in early to avoid delays in getting them ready for the Summer if you need a tune-up or service. Enjoy the riding season and don’t forget to thank a veteran for their service. Thank you veterans!