The Best Trails to E-Bike in California 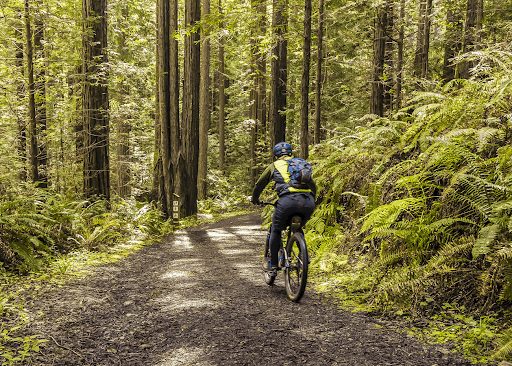 You’re excited about purchasing or building your own e-bike, but you’re even more thrilled about trying it out. While there are lots of biking trails around with beautiful scenery all over the country, finding exactly where you can ride an e-bike can be frustrating. Sometimes, the signage is unclear, some parts of the trails have different regulations for electric bikes, or maybe you’re just unsure where your state allows battery powered bicycles on trails.

Considering that e-biking is increasingly growing as a recreational activity and even a mainstream sport, it’s good to have an idea about trail etiquette, as well as where you can find electric bike trails nearby. Here are some of the best bike trails in California. 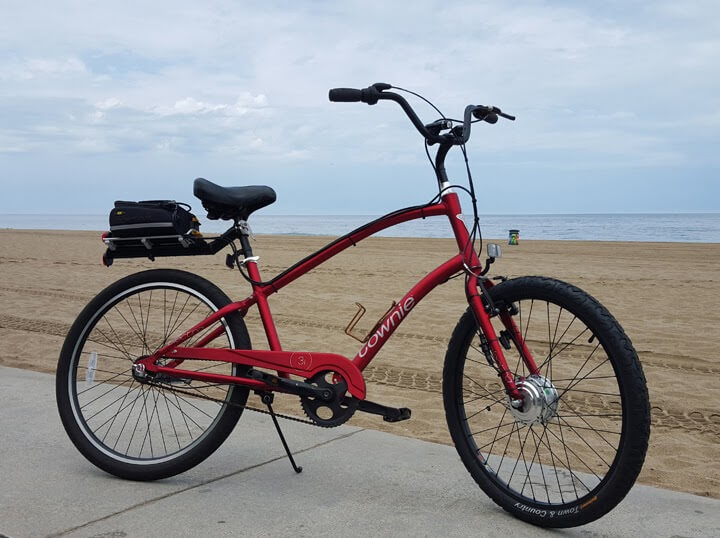 Considered the best bike trail in California, the Marvin Braude Bike Trail, referred to as “The Strand,” is one of the top paved bike paths to ride your e-bike on. Starting at Torrance Beach in the South Bay area, the bike trail heads all the way north to Will Rogers State Beach in the Pacific Palisades area of Los Angeles. The meandering trail is 22 miles long and takes riders by some of the best beaches in California. The trail offers a great, casual way of enjoying electric biking at a moderate pace. 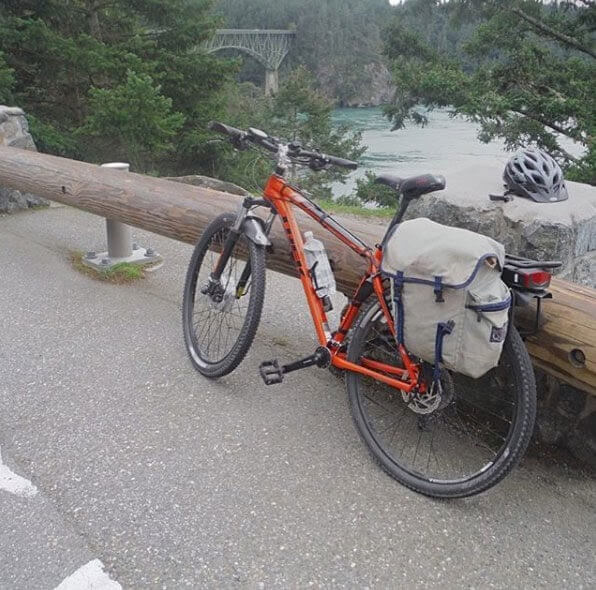 If you’re looking for the best bike trail in California that also offers recreational opportunities for bicyclists, you have to check out the Los Gatos Creek Trail. The 10-mile trail runs from Lexington Reservoir to Meridian Avenue, San Jose. While the trail is still being extended, it’s expected to run up to downtown San Jose where the Guadalupe River confluence. Combining both a dirt trail and a paved trail, the Los Gatos Creek Trail offers a good challenge for those who want to test the possibilities of their e-bikes.

While the Pacific Beach Boardwalk is sometimes quite crowded, it conveniently links to other bike paths in the area. Linking the two popular oceanfront communities north of downtown San Diego, the boardwalk is a hotspot for leisure cyclists, but the speed limit is 8 miles per hour. The boardwalk passes beautiful beachfront condos and homes, then ends at the parking lot in South Mission Beach, where you’ll find fewer crowds. Ride further east from here, away from the Pacific beach, and cross Mission Boulevard and join the Mission Bay Bike Trail.

Rincon Bike Trail offers some amazing views of the scenic Santa Barbara Channel and is a great alternative to Highway 101 for cyclists. You can start your e-bike ride at the city of Ventura, head to the Carpinteria State Beach Rincon Point in the county’s beach park, and head south riding between the coastline and highway. While the trail is around 3.6 miles, you can enjoy up to 15 miles of riding by starting at different points while enjoying fabulous viewpoints.

This is one of the best bike trails in California, hands down. The trail follows the American river over largely flat terrain for around 32 miles. It’s one of the best and longest multi-use biking trails countrywide. Start your ride on a paved two-lane biking path that runs from Sacramento’s old town, at Discovery Park, just east to Folsom Lake. Swimming spots and parks dot the biking route along the way. You can also add another 12 miles at the Folsom end with a ride around Lake Natoma.

There are other numerous biking trails you can try out in California including the 8.5 miles long Joe Rodota Bike Trail in Santa Rosa that follows an abandoned railway line, the West Cliff Drive Bike Path that offers great scenery, and the multi-use Monterey Bay Coastal Recreational Trail that runs 18 miles from Castroville all the way to Pacific Grove. 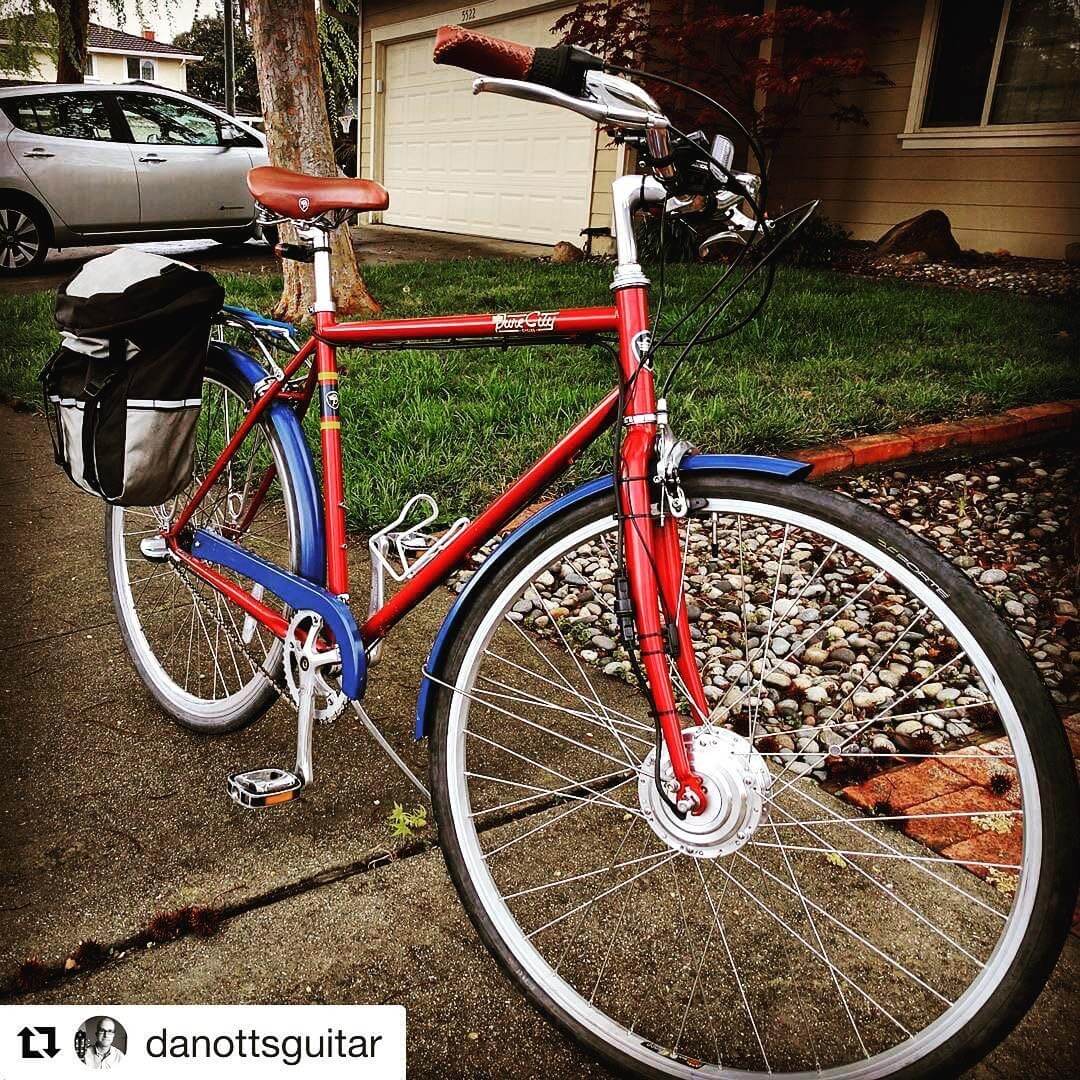 Hit the Best Bike Trails in California with an E-Bike

Want to enjoy biking trails with ease? While regulations on the use of e-bikes on trails vary in different states, California passed a law that allows e-bikes to use bike paths except where it’s prohibited by local law. Get yourself an easy-to-install and use e-bike conversion kit at Leeds Bikes, and convert your regular bike into an electric one. Find bike trails nearby, and try out your new e-bike. Want to learn more about e-bike conversion kits? Contact us today.