10 Reasons to Convert Your Bicycle to an E-Bike

Sales of e-bikes have been skyrocketing globally in recent years, and show no signs of slowing down. Millions of people have been turned on to the benefits of riding an e-bike.

If your own old school bicycle has been collecting cobwebs instead of racking up miles, you avoid cycling because it makes you a mess of sweat, or you hate the thought of tackling your neighborhood’s version of heartbreak hill yet again, then you may want to consider converting your bicycle to an e-bike with an electric bike kit.

Here are ten good reasons why you should (literally) hop on this exciting bicycle technology. 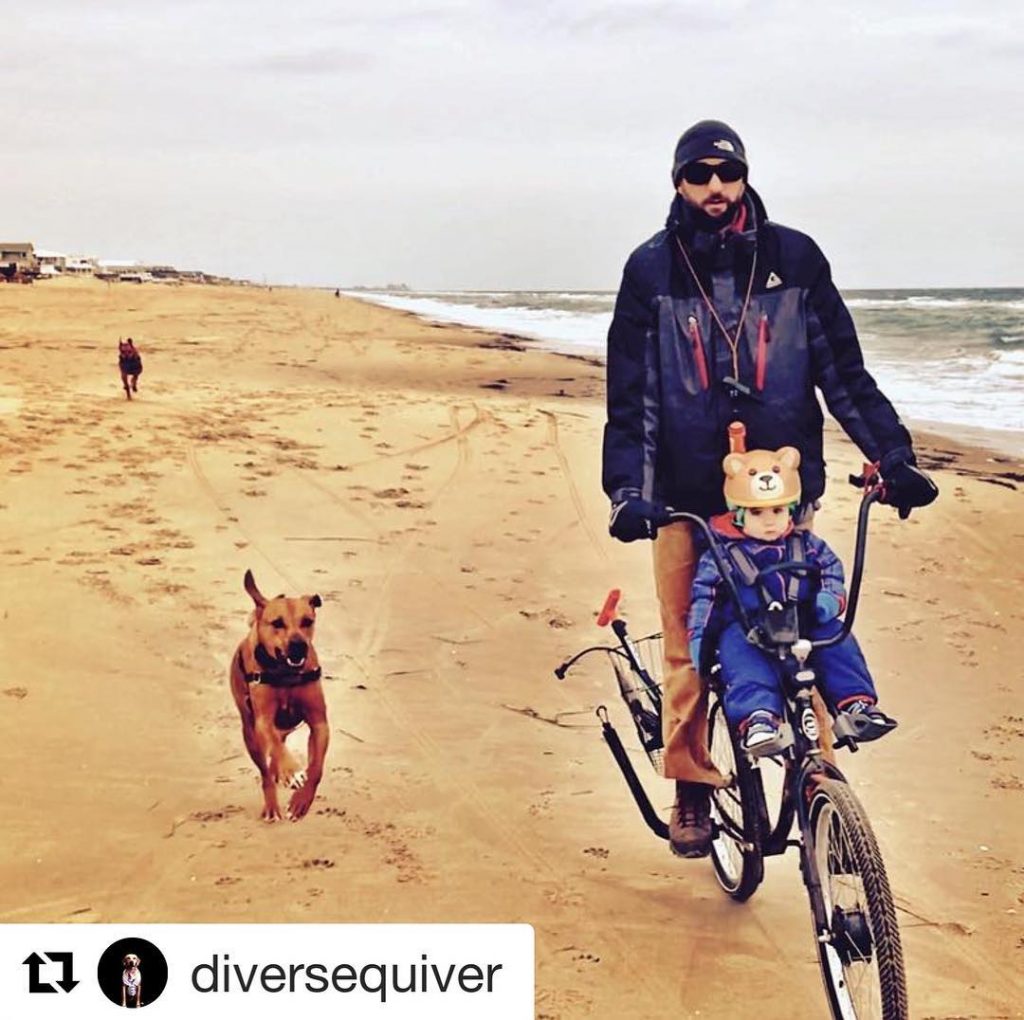 Love it! E-beautiful! Thanks for sharing your #ebike pic with a Leeds #ebikekit installed to boot, @diversequiver #electricbike #ebikemybike #bicycle #bike

What is an Electric Bike?

First, let’s explain why an electric bike is. An electric bike, or e-bike, is a bicycle equipped with a battery-powered motor that assists your pedaling and makes cycling a little less strenuous, particularly when going up hills or riding against the wind. The motor is attached to either wheel and the battery pack is rechargeable.

Let’s clear up one misconception that some folks may have about e-bikes: you still have to pedal them to make them work, at least the ones that are power-assist and not full-power.

A power-assist electric bike kit will not magically turn your current ride into a motorcycle, moped, or any other form of transportation that doesn’t rely on manpower to move. That would be defeating the purpose of owning and riding a bicycle.

Rather, e-bikes and bicycles equipped with an e-bike conversion kit add a little more oomph to your pedaling power. Imagine never having to stand up out of the seat again to get up challenging inclines and hills, or wondering what gear to shift your bicycle into. An e-bike or e-bike conversion kit makes this part of bike riding much more fun for you!

Now that you know what an e-bike is and how an e-bike conversion kit works, let’s get into ten reasons you may want to convert your bicycle into an e-bike with an electric bike kit. 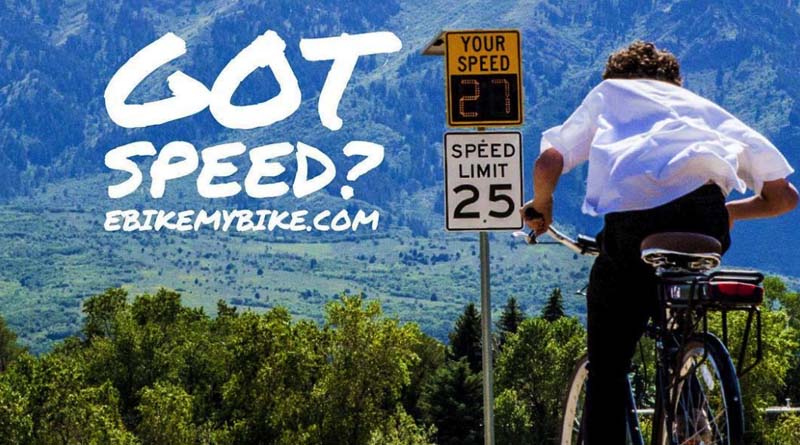 1. You’ll Save Money Instead of Buying an E-Bike

Considering that e-bikes cost anywhere from $1,500 to upwards of $7,000 for top-of-the-line models, installing a conversion kit on your current bicycle allows you get a taste of this exciting new cycling technology for a fraction of a cost.

Most conversion kits can cost a few hundred dollars by comparison. Price depends upon their wattage output and features and many of them, like our kits, are so easy to install they can be powering your bike in a matter of minutes.

Here at Leeds we currently offer two e-bike conversion kits: the power-assist 250 Series and the 500 Series which put out 250 and 500 watts, respectively. Each series is available in a range of battery options that increase in ampere hour (ah) and price depending upon the commuting range you need.

An e-bike conversion kit is also a great way to test-drive e-bike technology if you think you may want to splurge on a full-fledged e-bike someday that offers different suspension and riding features than your current bicycle.

2. You Save Even More Compared to Using a Car

Consider how much money you pay for gas on a regular basis for a car, not to mention the costs of maintenance, new equipment such as tires, inspection stickers, and renewing registrations. Replacing most of your automobile driving with riding an e-bike can save you even more money on the long run.

E-bikes don’t use gasoline which makes them a much more eco-friendly mode of commuting compared to cars and public transportation. It’s been calculated that if every American worker living within five miles of their workplace rode a bike to work only one day a week it would be the equivalent of one million cars being taken off the roads.

An e-bike conversion kit can also breathe new life into your well-used bicycle which may otherwise end up in a landfill. 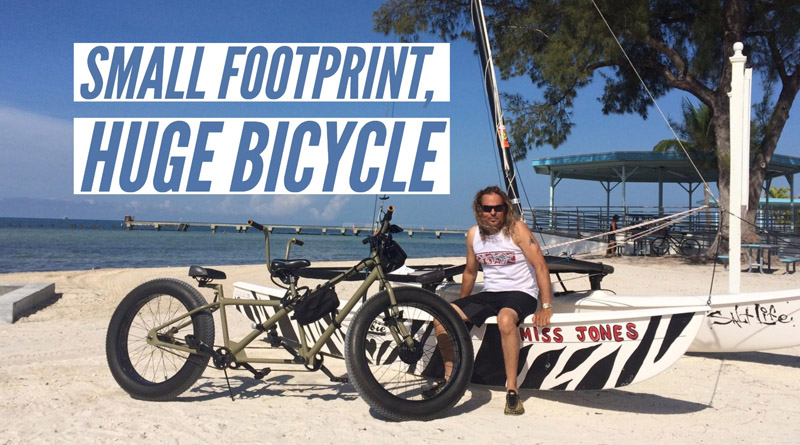 4. Parking is Easier to Find

No more circling a city block to find street parking or a lot with an available space — with an e-bike, you can park and lock your bicycle nearly anywhere. You also won’t be waiting in traffic and can avoid red lights which isn’t so easy to do when you’re commuting by automobile. If commuting to work, this puts you in a calmer frame of mind to begin the workday.

One of the reasons more of us don’t use a bicycle to commute to work or for running errands is because the hard work sometimes involved with pedaling makes us sweaty and often, tired.

Arriving at the office or meeting with friends drenched with sweat and feeling wiped out from a bike ride is definitely not what most of us want to experience.

E-bikes eliminate these concerns by making a bicycle commute a much more comfortable experience.

In fact, a British study equipped 80 employees with e-bikes for nearly two months to commute to work to determine if the bicycles would have any impact on their commuting habits. By the end of the trial, more than two-thirds of the participants stated they would like to own an e-bike. Nearly 40% said they expected to bike more in the future, because of the enjoyment of riding an e-bike.

An e-bike can help you arrive at your destination feeling more energized from exerting the right amount of exercise, and from the fresh air you’ve inhaled during your ride.

Let’s face it, the reason so many of us hate exercise is because it just isn’t that fun most of the time. It takes real commitment and effort for most of us to psyche ourselves up to do aerobic and strength-training working on a regular basis.

An e-bike conversion kit, however, can definitely make riding a bike fun again, or more fun than it was before. And when something is fun, you’re going to want to do it more often.

You may think because your bike is being assisted by a motor that you won’t get as fit as pedaling a regular bike, but studies have shown that e-bikes deliver the same level of health benefits as regular biking.

Both types of biking can decrease the risk of cardiovascular disease, reduce blood pressure, strengthen bones, and improve overall well being. Cycling provides a low impact form of aerobic exercise that’s easy on joints. And considering that an e-bike motivates most people to do more biking more often, one’s health can definitely improve from using an e-bike on a regular basis. 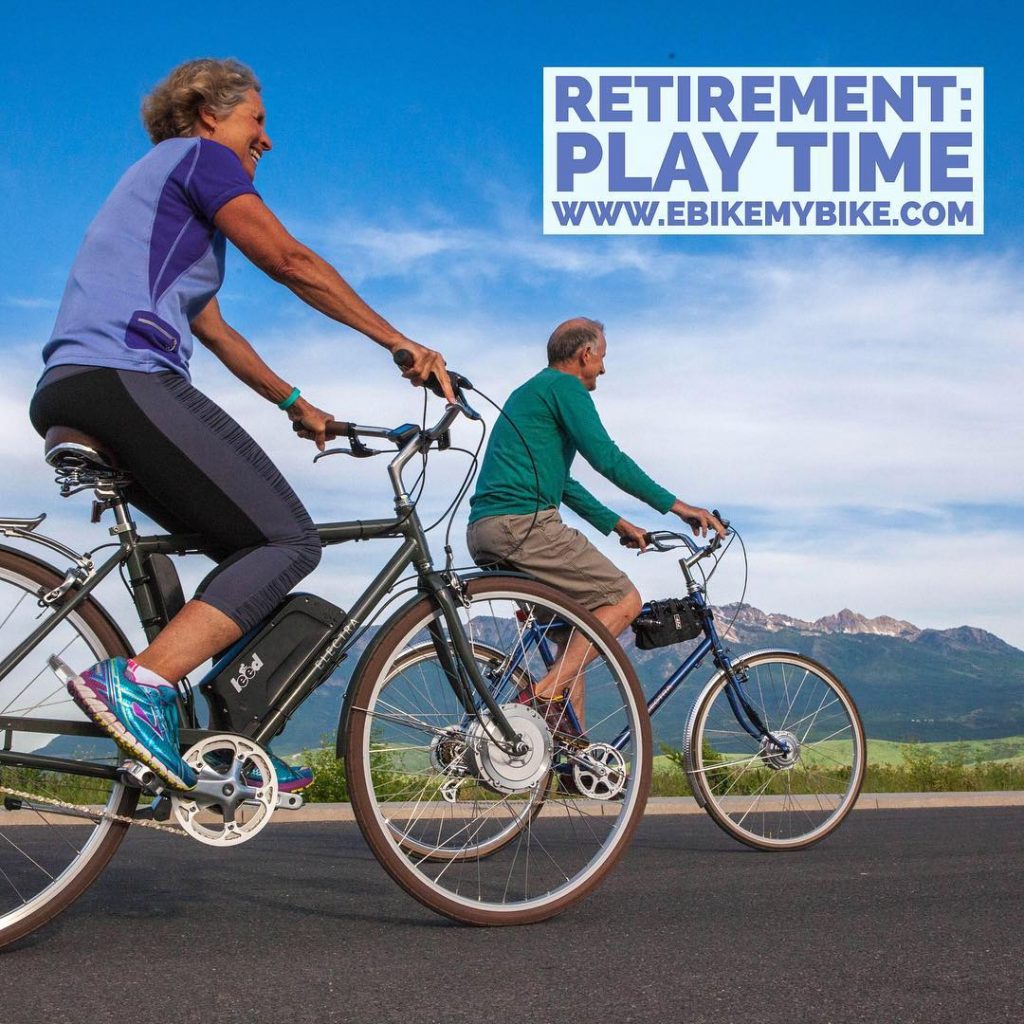 For someone who isn’t as active as they used to be, or doesn’t consider themselves fit, an e-bike can really re-introduce or open up a new world.

Baby boomers — a generation that tends to embrace new fitness trends — are embracing e-bikes in droves. A majority of our own customers are 51 and older and reaping the benefits of e-bikes. E-bikes are keeping them active while decreasing the risk of injury, helping them get outside, and helping them maintain a healthy weight as they age.

E-bikes are also a less intimidating and more fun way for overweight and unconditioned people to begin a fitness regimen versus going to a gym. For someone who previously couldn’t do five miles on a regular bicycle, riding an e-bike can help them accomplish that distance more easily, which is going to motivate them to keep riding.

9. Converting Your Bike is Easier Than You Think

Contrary to what you may think, you don’t need an engineering degree to install an e-bike converter kit on your existing bicycle. Many manufacturers have designed them so you can be enjoying an e-bike ride in a matter of minutes.

Our two kits were designed to be mounted on the front or rear wheels, and many of our customers opt for the front so the installation won’t interfere with the shift gears. Our 250 Series takes about five minutes to mount (some bike models require the front forks be filed) while the 500 Series has more components and requires a few more steps.

Plus, the kits can be mounted onto mountain bikes, tandem bikes, trikes, and more. Just about any kind of bicycle can be converted into an e-bike.

Our installation support team is here to help you should you run into any glitches while mounting our Leeds e-bike converter kits.

10. The Technology is Improving

As e-bikes are rapidly adopted around the world, manufacturers are meeting the needs of consumers by introducing new kits with an increased battery capacity that lengthen the riding range. There are also a range of kits to meet the needs of every kind of cyclist depending on how and far they ride, and their budget.

Now that you know ten reasons to convert your bicycle to an e-bike using an electric bike kit, be sure to check out our other posts on our blog to learn even more about e-bikes and their benefits.

Ready to take the plunge into the exciting world of e-biking? See all of the available options for our 250 Series and 500 Series converter kits.