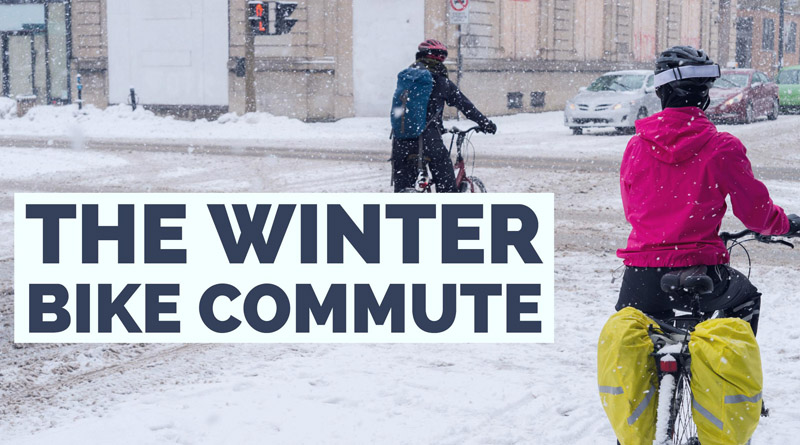 Only die-hards ride in the Winter, right? I never considered myself a die-hard until all my coworkers dubbed me just that because I enjoy the bicycle commute on even the coldest days. Commuting by bike in the Winter may seem crazy or only for the obsessed, but once you get in a Winter-commuting routine, you may feel as I do; it is not really that challenging and is not only for die-hards. I certainly don’t consider myself one.

Some days it is certainly hard the first few minutes fighting the bitter chill, but after the heart rate increases, it is back on the endorphin-saddle as usual and worth the extra effort. I’d like to offer a few thoughts to help with the Winter routine.

It is absolutely worth it to commute by bike with regular tires in winter, even though you have to add some extra Watts on the coldest days. That’s where an electric bike really makes Winter commuting a much more enjoyable experience. It is also what keeps me going on the coldest days. A low tire pressure is also good for gripping the road. Try to lower the saddle 1-3 cm to improve control.

Clean off dirt and salt from the bike as often as you can and lubricate well. Keep the bike indoors before and after the commute if possible. If not, don’t worry about it. It is good, however, to keep the bike warm if possible when not commuting so as to prevent ice from doing what it does inside small cracks and crevices of the frame and components. Remember, water expands when it freezes. The bicycle commute in Winter requires a little more attention to the bike during the ride as well as before and after. 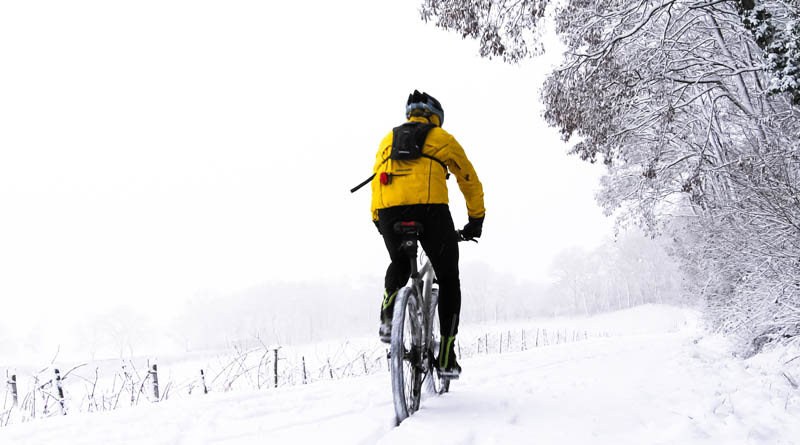 2. Body – Relax and keep your weight low and balanced

In particular, the upper body should be as relaxed as possible when it’s slippery. Straight rigid arms are not good when you feel the slight slip on ice or when your grip is lost momentarily. Just relax…

Try not to put too much of your weight over the front wheel. If you lose the grip, you fall easily with a fairly hard crash. Instead, try to be seated deep in the saddle and bring down the weight to the crank and pedals. It makes the bike more stable. You can even exaggerate and lift the front wheel a little when needed. 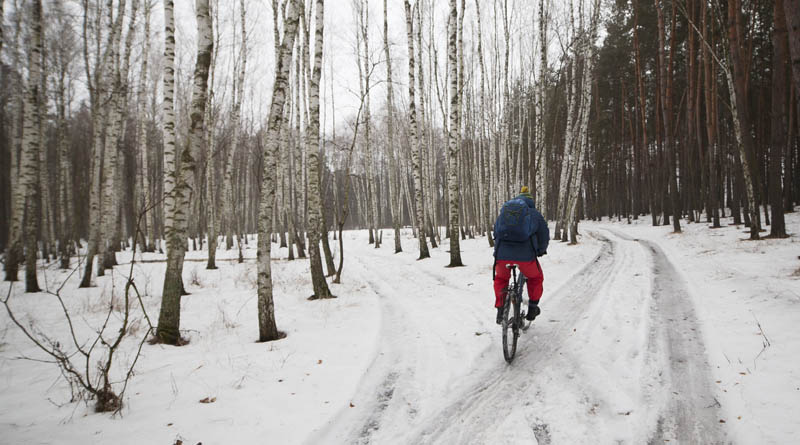 When racing on mountain bike trails for competitions, it is often easier to force the barrier with some speed. The same applies when it’s slippery. A little more speed on the bike gives it a stronger push in the “right” direction, and forces that would pull the wheels sideways will not have the same impact.

Braking and accelerating abruptly should be avoided as much as possible. Remember, it is not the high speed that really hurts. It’s when the bike suddenly falls over very quickly and in an unpleasant way. Soft spills are not to be feared. A good spill is one to embrace. Hard spills are where hurt is found. Let’s avoid those. 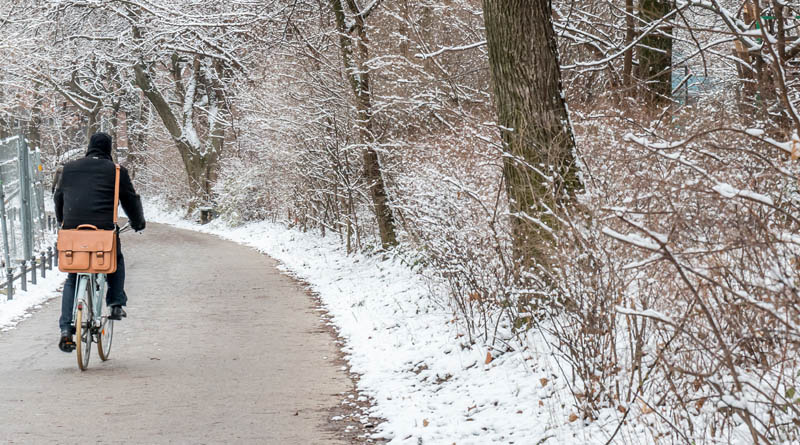 Let the bike follow the frozen traces or irregularities found in the roadway. If you force it in an “unnatural” way diagonally across the frozen track, it is easy to slip. It is not dangerous if the bike goes a little to the sides by itself, even though the challenging conditions can make it uncomfortable. Don’t steer quickly away from ice or other obstacles you’d quickly avoid in warmer temperatures. Take the Winter obstacles head on with caution and without abrupt changes in riding. 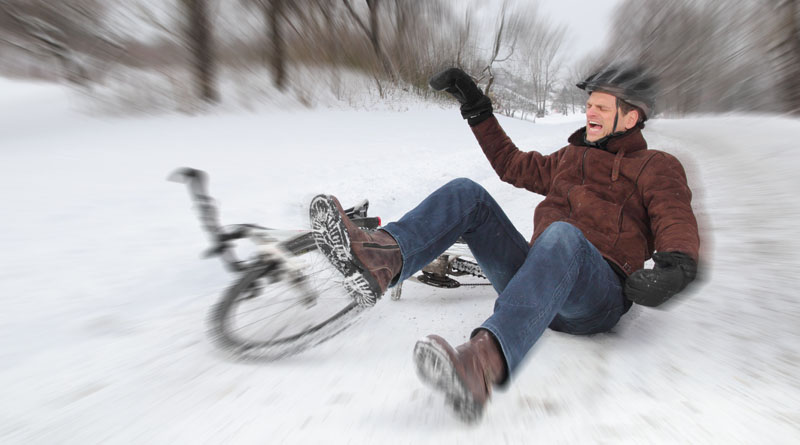 5. If a Crash is Inevitable – Stay in control (if possible)

To take the crash with a shoulder impact is better than taking it with the hand or elbow. A shoulder can take a harder hit and requires less rehabilitation than a crushed or broken wrist or elbow.

When the inevitable crash is foreseen, you are actually still in a position with some opportunities to make the best of it (at least if you are privileged with great reflexes). In some situations you will still be able to affect the direction of the fall. It’s more comfortable to land in a snowdrift than to plant your body in front of a parked car. And remember to ALWAYS wear a helmet!

Now, enjoy your icy, healthy Winter bicycle commute and stay safe! A crash is still rare in Winter, but be prepared to embrace the suck when it happens.