What is your TRUE Cost to Commute? 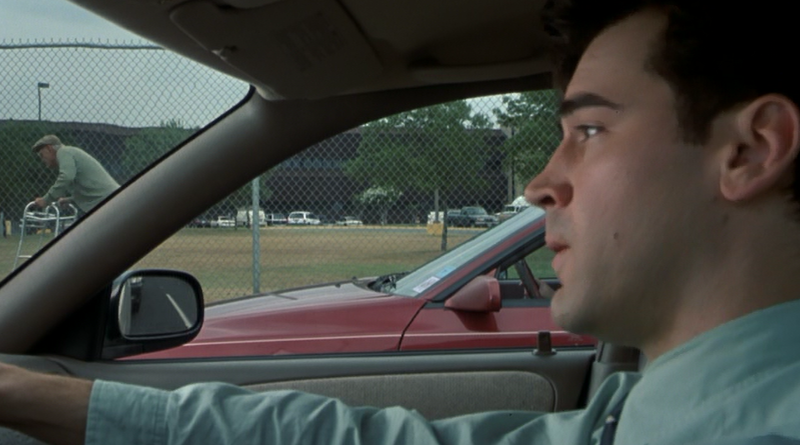 Have you ever considered the REAL cost of YOUR commute to work? Not only to your wallet, but to your physical fitness, to the environment, to your family and your community? Our friends at Discourse Media just published a great article that takes on the TRUE cost of YOUR commute. The company funded a project called Moving Forward, a study on the future of transportation in the Vancouver metro area. Since this project involved bicycle commuting, not necessarily electric bikes or electric bike conversion kits, we were interested.  And what better way to bicycle commute, than with your Leeds ebike kit?

In short, commuting by bike costs YOU pennies per mile as compared to $1.18 by car. We can only assume the extra cost to ebike commute would be minimal considering it only costs two cents to charge our 30k battery system. We found this portion of the study interesting… Your commute by car costs SOCIETY 35 cents per mile because of all the public’s costs as a whole for the infrastructure etc. On the contrary, commuting by bike saves SOCIETY 9 cents per mile. Most Americans live within 8 miles from work, which is deemed the “commutable” distance by bike. This means that if those of us that live within 8 miles of work would commute to work, we could save up to $11.52 each day individually and could save SOCIETY $7.04 for a grand total savings of $18.56. What would you do with an extra $18.56 put into your wallet daily? Visit the interactive app at Discourse Media below to compare and contrast the pros & cons of each option. 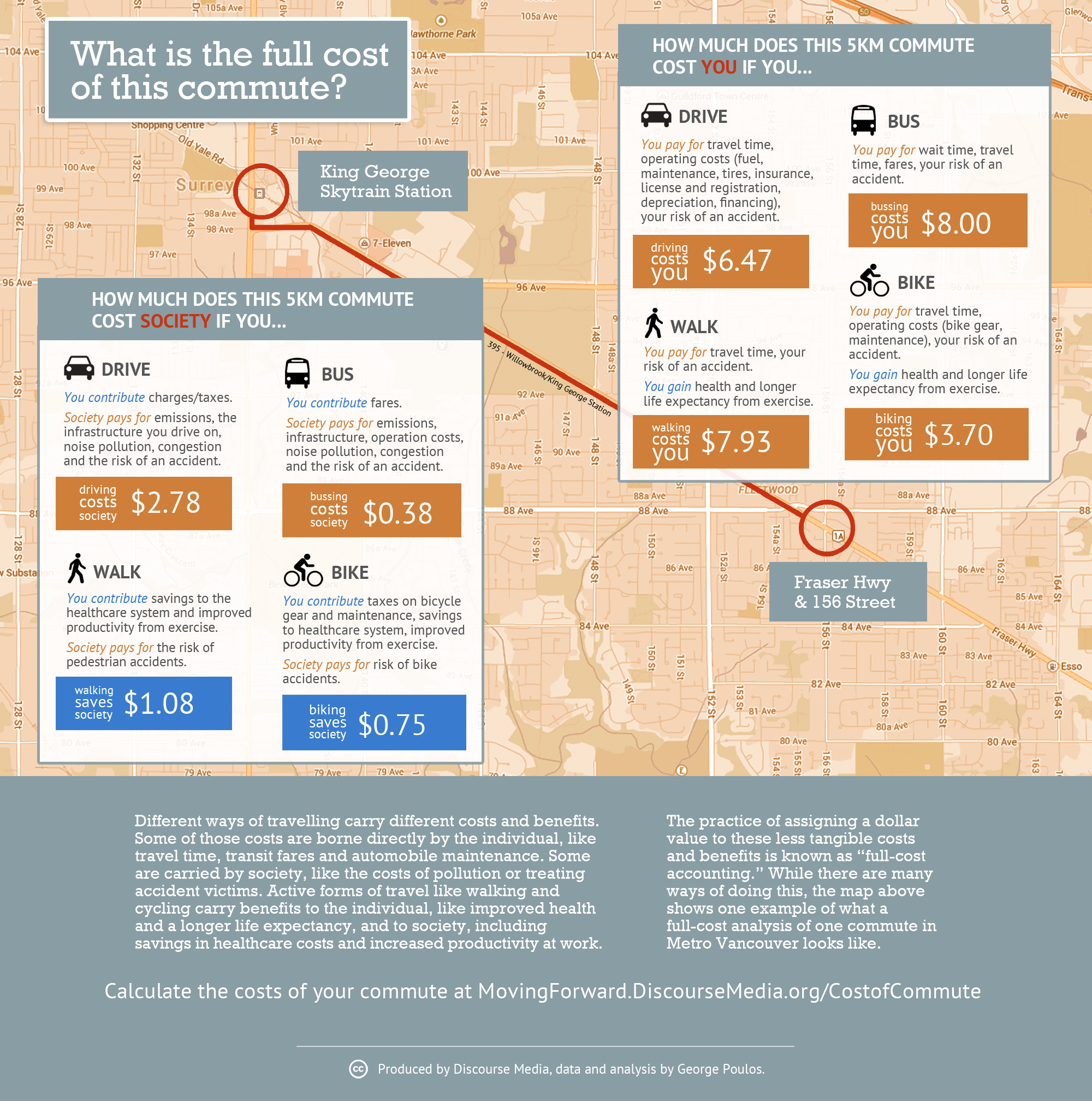 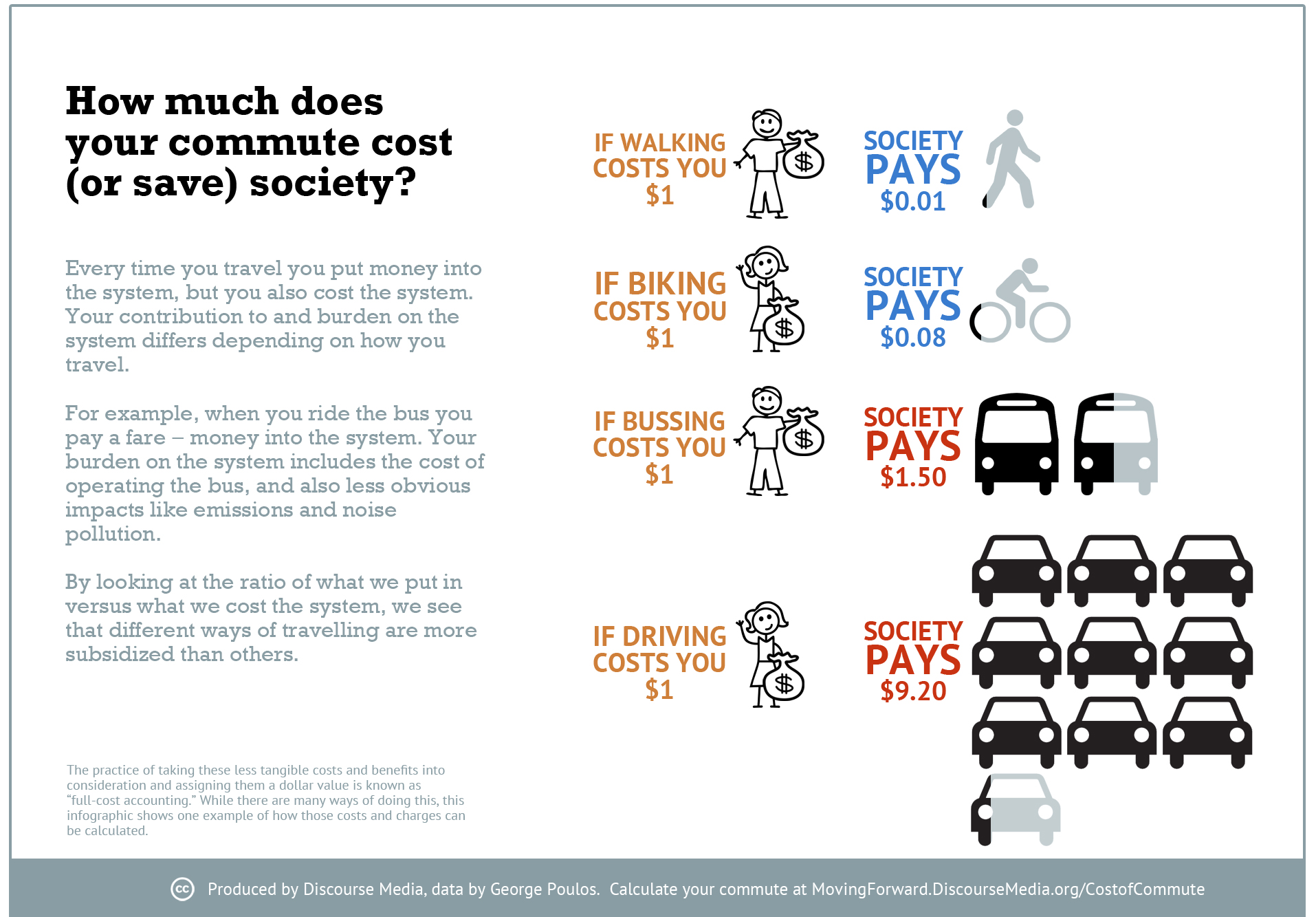 This was originally published as part of Moving Forward, an independent journalism project produced by Discourse Media. To read the article in it’s entirety, please visit movingforward.discoursemedia.org.

If you or someone you know has been on the fence about ditching the car and trying out electric bike commuting, hopefully these graphs will give you the push you need to give it a try and convert your bike to ebike today with an electric bicycle conversion kit! At an average of 2 cents per charge, you can’t beat the cost, fresh air, exercise, boost of endorphins, and overall happy attitude you can only get from e-biking to work!