Video | Change in your Transportation Future 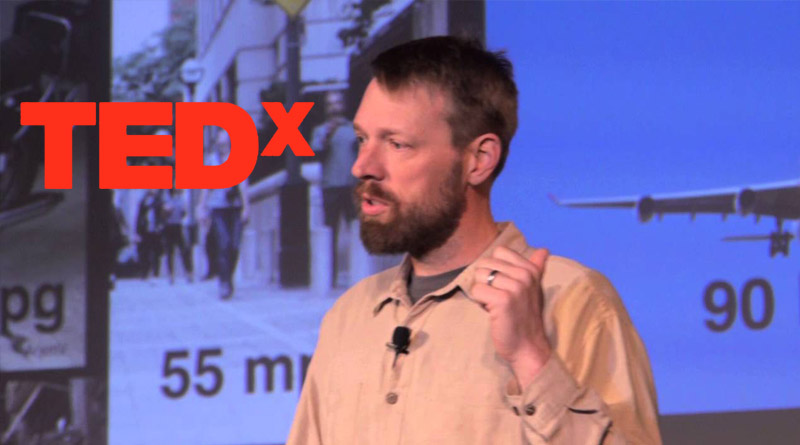 Our favorite bicycle Engineer Zach Krapfl examines the environmental footprint of modern transportation methods, particularly electric bikes, and presents both shocking and exciting findings. The most promising includes people who have changed their mode of transportation to electric bikes.

See Zach’s TEDx Talk as well as a summary of his findings below.

Today there are different modes of transportation to get from point A to point B. Each mode requires fuel consumption. Let’s see how they stack up.

We want to use the most appealing transportation method. Consider Zach’s example. This was an advertisement for the Pontiac Bonneville in the 1960’s. Doesn’t that look fun? 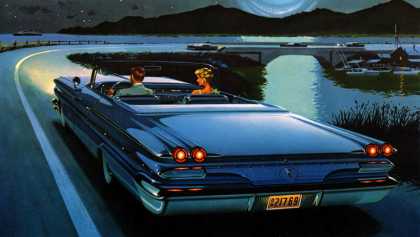 This image above is how we want to commute. This has been the appeal of vehicles for decades; the car top is off, the wind is in the passengers’ hair, there are no other cars on the open road, and the sky is beautifully clear. However, perception is not the reality.

This image below is NOT how we want to commute. The truth is that we as a people spend a large portion of our lives stuck in traffic. This is the reality. 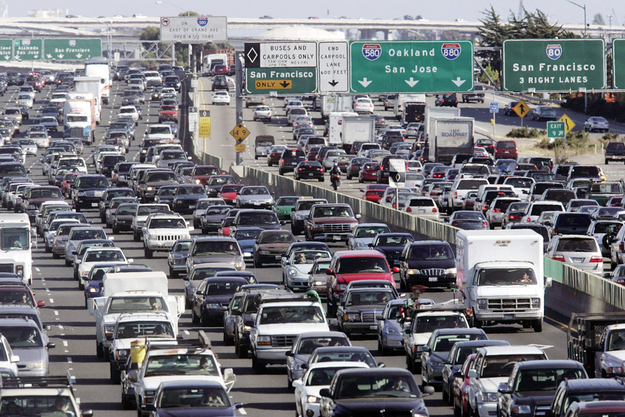 “How many people have moved in their lifetime because of bad traffic?”

That number is going to change and increase over time. Cities are becoming more congested, infrastructure is not keeping up with growth, and crowding is expanding beyond metropolitan areas.

There are emerging opportunities for us to become happy commuters and end the moving cycle away from congested areas both urban and metropolitan.

What is the transportation alternative?

There are alternatives that exist today such as what is found in Copenhagen and France. For example, Denmark has infrastructure to support alternative transportation or bicycle commuting. 35-40% of Danes commute by bike be it rain, snow, or shine. “But that is Denmark,” you may say.

We have cities in the USA that also have infrastructure to support bicycle commuting such as in Washington D.C., Salt Lake City, and San Francisco. Surprisingly these cities have comparatively few bicycle commuters. So why are we not commuting by bike?

In American culture, bicycles have mainly been viewed as a means of recreation versus transportation. As a people, we have yet to change our paradigm that bicycles are the transportation alternative. That is changing.

The data for human efficiency concludes with the emphasis that human transportation is most efficient when combining a bicycle with other alternative energy opportunities.

Pedestrian transportation, which includes walking and cycling, are fairly efficient transportation methods, but they require food to produce the energy we need to make this happen. The food that we eat has to be delivered.

Our “human efficiency” increases or decreases with the efficiency of the transportation method used to deliver food. Consider the following additions to improve pedestrian efficiency, specifically cycling.

Many of us forget to consider the consumption required for food transportation. When we go to the store to purchase groceries, we are buying the convenience of having foods shipped in from all over the world. We have a cornucopia of plenty at our finger tips, but these items require significant fuel consumption in order to ship them to the grocery store. Let’s look at the figures with different variables included.

So what happens when you add an electric motor to a bicycle? You create a hybrid vehicle or a hybrid electric human. The human is 25% efficient and the motor is 80% efficient. The results are exciting. The cyclist’s efficiency goes from 270 mpg with store bought food to 570 mpg.

Even better is the electric cargo bike with kids on the back. Their combined human efficiency as a cargo biking family on a single electric bicycle jumps to 480 mpg. 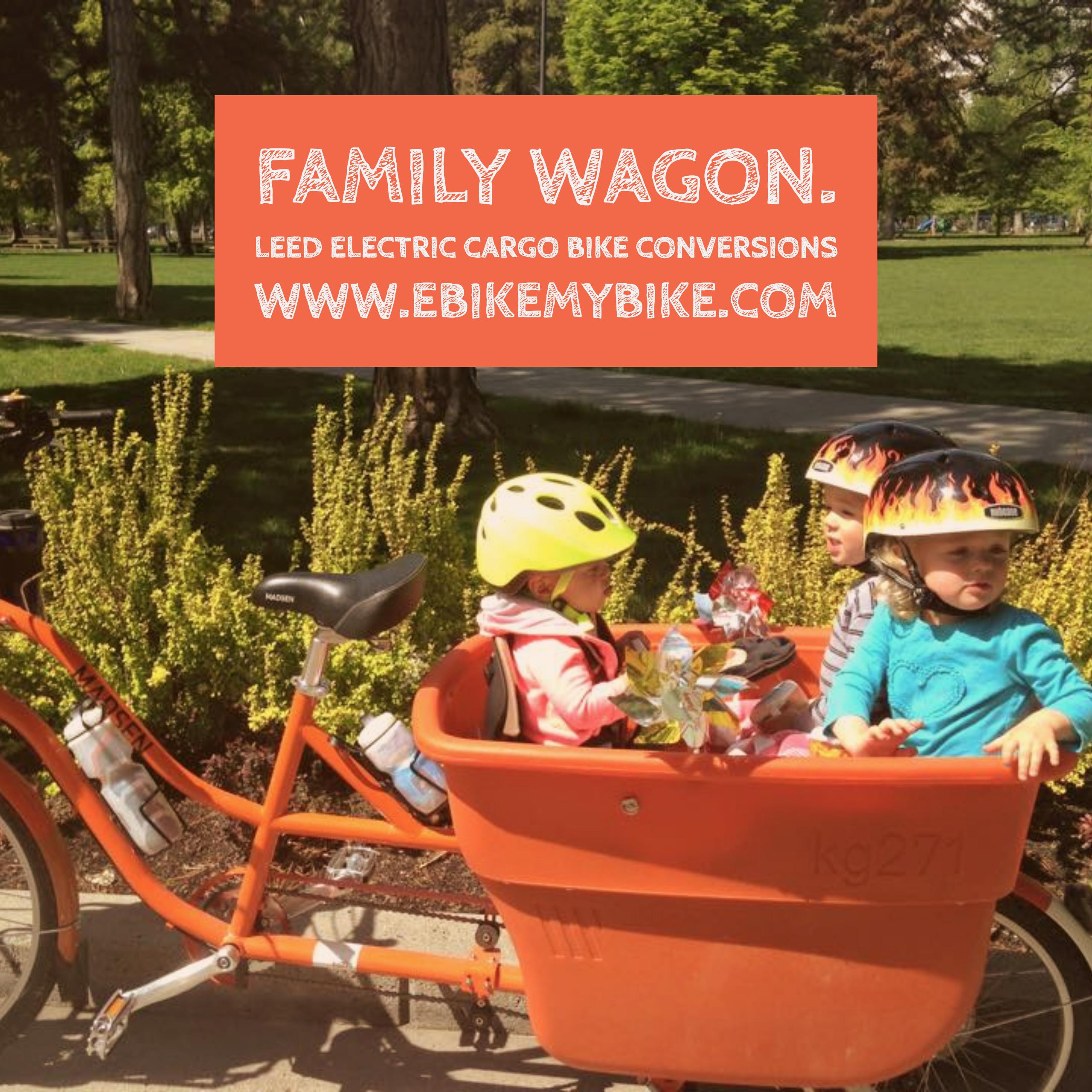 What do we see in this image? We see local grown fresh food, an awesome electric bike, and beautiful, clean mountain air.

“Everything about this picture makes us happy.”

So what happens to your “human efficiency” when you eat Scott’s food?

We see a jump in human efficiency. The pedestrian’s efficiency goes from 55 mpg to 70 mpg and the cyclist’s from 270 mpg to 340 mpg.  Let’s continue changing variables by adding electric to further evaluate “human efficiency.”

This is the hybrid electric/human bicycle + local food efficiency. This human efficiency evaluation achieves a significant increase to 710 mpg.

This bike below was purchased of Craigslist for $89. An Xtracycle Free Radical  with accessories was added to make it a cargo bicycle for an additional $600. A Leeds 250 Series (250 Watt) Electric Bike Conversion Kit was added for $529 for a combined total of $1,218.

Let’s add solar electricity to the home. But first, let’s recap quickly. As a cyclist you get 270 mpg. This efficiency increases with each “efficient” variable we add. So, when you add an electric motor, local-bought food, and then add solar energy to charge the battery at home, you go from 270 mpg to a whopping 1,340 mpg! That’s a 496% increase of efficiency!

“Who knew that by adding these small things you could increase efficiency so well.”

“The truth is the electric car is lousy!” You are going to be miserable in this car! You are just going to be stuck in traffic just like the guy in the lane next to you. Take this to the liposuction clinic, and then you are going to suck 3,000 pounds out of this car. And what do you get? You get an electric bicycle that is going to make you a lot happier.”

When people’s paradigms shift and they begin to understand the best alternative, they choose the electric bike for transportation. This is slowing beginning to happen in the USA. You may not see it in your community, but it has begun. You can go anywhere in Portland or Seattle and see families riding electric cargo bikes. We are starting to see it in Colorado as well. Change is on the horizon.

I rode my electric cargo bike everywhere when I lived in Monterey, California. I rode it back and forth from work every day and my kids rode on the back with me on the weekends. We were not alone. We saw other families commuting by cargo bikes, but we were the only electric cargo bike that we saw. 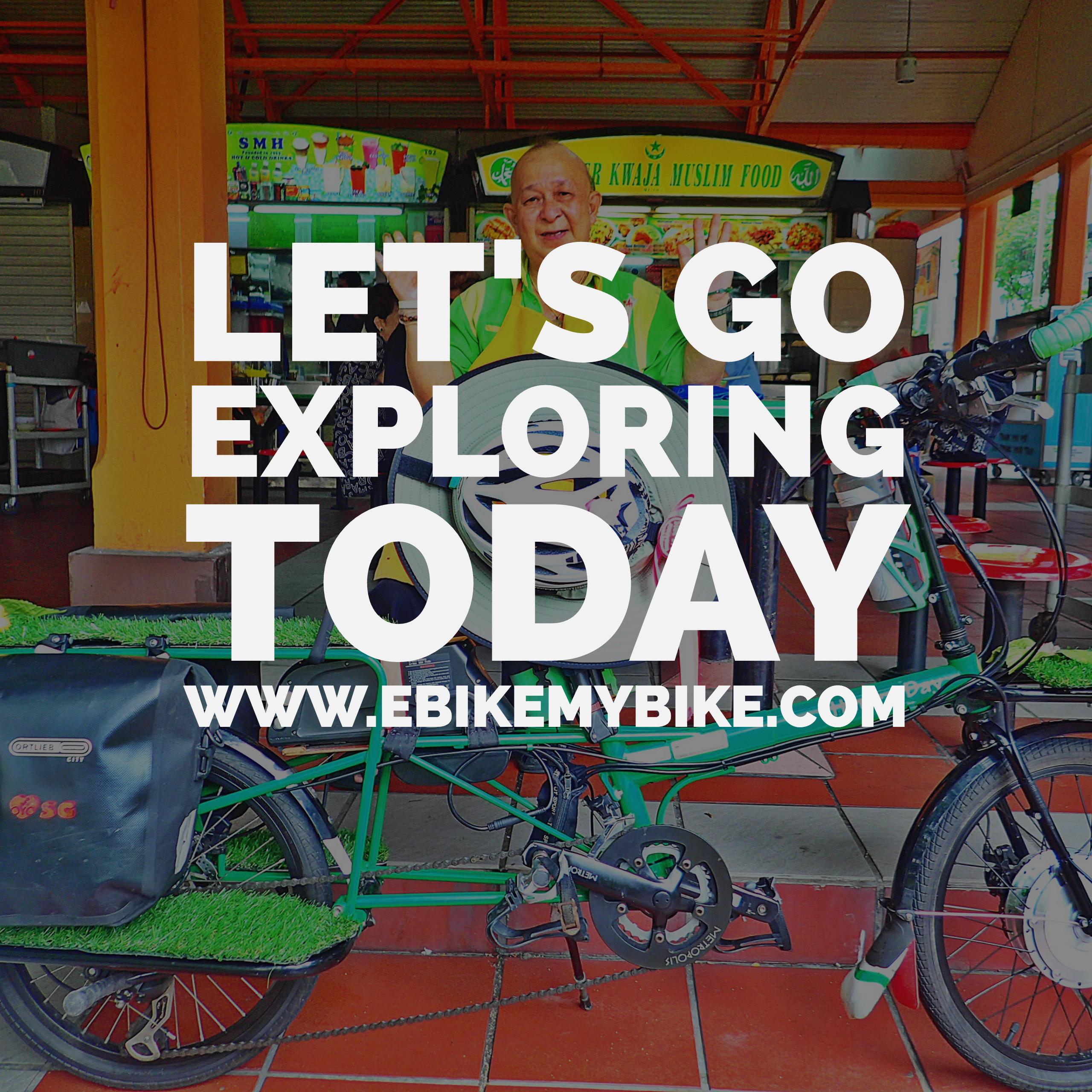 Why are people making these changes?

Zach Krapfl has researched the data and his findings are exciting. Electric bikes are the alternative and we are seeing a shift in paradigms. But this will take time. So let’s speed it up!