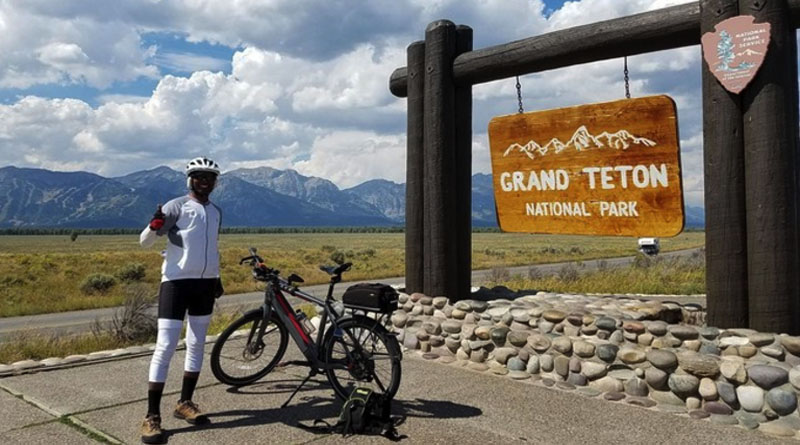 Earning a spot in the Guinness World Records is an achievement that people can only dream of, but for one man, that dream came true, and it came while riding an electric bike. Now that the record has been set, it’s time to take a look at what went into setting the record and how it can benefit the electric cycling community.

Earlier this year, a new Guinness World Record for Longest Journey on a Motorized Bike was set by Ravindra Kempaiah. The journey, which was 8,209 kilometers or 5,100 miles long, took just 34 days to be completed.

The journey took place in July and August of 2016 and spanned 12 states. After seven months of processing the video that recorded the trip and completing the application process, Guinness World Records presented Kempaiah with the honor.

Having the world record for the longest journey on an e-bike is not an easy task. Guinness has strict application rules, including a daily log that records mileage that is signed off on by independent witnesses that must be double checked; the police and local authorities are favored by the committee. To add to that, the daily log must also record any rest breaks and stopping points.

Breaking a world record is an incredible feat, but perhaps more impressive is the attention to detail and the time spent verifying the record with independent witnesses. As Kempaiah points out, it took seven months for the trip to go through the application process and be accepted by Guinness World Records.

An unofficial record, which was the longest distance ridden on a motorized bike, was set by Gary and Rachel Corbett, although the record was not officially recognized by Guinness World Records. The length of that journey was 25,000 kilometers at last count.

Two Guinness World Records are of particular mention: the Guinness World Record for the fastest electric bike was set in 2010 at Quaker City Raceway, with an astounding 7.77 seconds at 165 miles per hour in the quarter mile. Another record is the World’s Longest Electric Bike, which can seat eight people and was shown off at a motorized bike exhibition in China in the same year.

But perhaps the most prestigious Guinness World Record is the one that Kempaiah just broke. The record was previously held by Troy Rank, who biked 4,400 miles in 2014 to set the standard. Just two years later, Kempaiah set the new record by biking around 700 miles than the previous record holder.

Ravindra Kempaiah, known as Ravi to his friends, is originally from Southern India, but moved to America and became a materials scientist and Ph.D. student in nanotechnology. His interest in motorized bikes began ten years ago, and he has been an active motorized bike enthusiast since then, always looking to promote the bike as a great healthy alternative to cars while also leaving a low-carbon footprint.

Kempaiah’s journey took place between July 18th and August 20th in 2016. The journey began in Madison, Wisconsin, and ended in San Diego, California.

His journey, which can be seen on this map, found him in 12 states, including Minnesota, both North and South Dakota, Wyoming, and Oregon, among others. His longest trip in any state was reserved for California, where he logged an estimated 650 miles along the Pacific coastline.

His daily log, which was necessary to be considered for the Guinness World Record, is a short but interesting read. Along with logging his daily miles, Kempaiah also recorded the weather, any trouble he had with his motorized bike, and stops in major national parks.

Kempaiah has a few other record attempts lined up in an effort to continue the promotion of the e-bike. The first will be an endurance event; he will attempt to complete over 450 miles on the bike within 24 hours. The second record attempt is an intercontinental bike ride that, at its end, will consist of 15,000 miles over 75 days.

When completed, both journeys will be submitted to the Guinness World Records committee in the hopes that they will be entered into the records books. While no further information is available at this time, the attempts are thought to happen between early 2018 and late 2019.

The Future of E-Bikes

While society has yet to make e-bikes mainstream, the biking community is doing all it can to promote these incredible human-electric powered machines. In fact, as more outdoor enthusiasts and cyclists learn about e-bikes, it has begun a trend of families using e-bikes to run errands and even commute daily to work.

The e-bike is also making a name for itself on bike tours, allowing cyclists to enjoy the scenery and work out at the same time. Tours can last for one day or a week, sometimes longer, and enables participants to try out e-bikes while part of a group. E-bike tours are now very popular in Europe and in the United States, with more cyclists searching for groups that offer this particular type of tour.

Kempaiah’s world record is no easy feat; riding for 34 days and crossing the 5,100-mile threshold requires skill, planning, and dedication, not to mention passion. But it is this world record, along with other records and attempts, that are putting e-bikes on the map. What comes next for e-bikes is unknown, but this is for sure: these bikes are making cycling accessible for everyone, from endurance athletes to daily commuters and seniors.