Recovering from Heart Surgery with a Bicycle 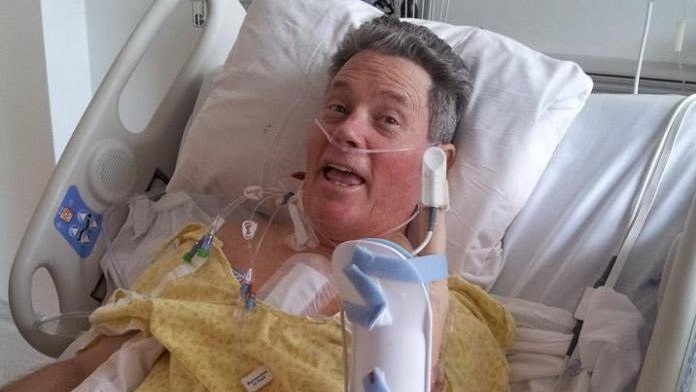 We receive many emails and phone calls from customers who are looking to get back on their bikes after a major medical ordeal. Doctors often recommend biking as one of the best paths to recovery and to remain active. One of the reasons is because it is easy on the joints. As people begin their recovery, they find, however, that getting back on the saddle is not as easy as they hoped. So we receive questions from people who want to know if an electric bike kit will help them.

#Health How to use an electric bike to get back into fitness https://t.co/SFB5UKCxy9 @mygymcouk

My father was one of those who needed to get back on the saddle. My dad has 7 children, 24 grandchildren, and has been married to Mom for over 38 years. I remember my childhood as an active one. We were always outside playing football, soccer, baseball or basketball. We always had bikes in the garage that we rode on a daily basis in the wide open spaces of the High Desert in Southern California. I can remember my dad spending hours trying to keep our bikes maintained for us kids. It was hard to keep seven bikes maintained, but he always managed to keep us on two wheels.

Dad has been living one of his dreams the past few years: commuting to work on a bike and officiating high school football games on the weekends. Out of the blue, exactly one year ago, that dream was crushed.

While at work, he began to experience chest pains and difficulty breathing. My dad thinks he’s John Wayne so he drove himself to the hospital. Thankfully it was only a block away. The medical staff ran tests and determined he needed an emergency quadruple bypass. Devastated, Dad waited to process the news before calling Mom to let her know.

Up until then, no one even knew he had gone to the hospital or that he was having chest pains. We were terrified when we found out and Dad’s life flashed before his eyes. While he was processing the news before surgery, he realized he was going to not only miss the state championship football game he was invited to officiate, but that he would not be able to be active on the same level as before, or even worse.

Long story short, Dad was lucky and only missed the state football championship. After a long recovery in bed he jumped back on his bike. The experience of riding his bike once again was thrilling. It felt so good!

You see, the marriage of a regular bicycle and an e-bike kit allows one to ride like they did when they were a kid. It makes it possible to ride a bicycle like before a major incident, just like Dad experienced. Struggling on hills is a thing of the past once a 250 Series Electric Bike Kit or a 500 Series E-Bike Kit is installed on a bicycle or even tricycle!

For my dad, riding his bike has helped with the healing process. Not just physically, but emotionally as well. Dad has the freedom to ride like he wants to, not dictated to him by a physical disability. An e-bike kit can do the same for you! And now he’s even back to officiating football games a year after a quadruple bypass! Biking has made this possible.

What’s your bicycle story? We want to hear from you. Visit our guest blogger requirements and submit your story today!