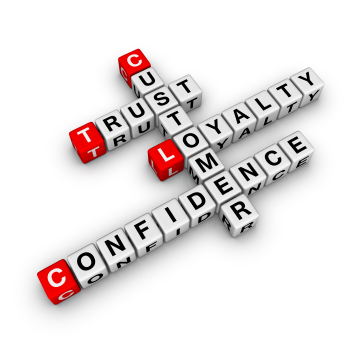 This week, the New York attorney general’s office fined a laser hair-removal service, a gentleman’s club and a charter bus company. Those unlikely bedfellows all committed the same sin, one that is unfortunately prevalent across the Internet: writing or buying fake reviews to help improve a business’s online reputation.

Nine out of ten shoppers say that reviews of products and services help determine where they spend their hard-earned cash. While the government and private companies are trying to curb so-called “astroturfing”—named for its imitation of a grassroots activity—they don’t have the resources to police the whole Internet. So the burden of spotting fake reviews inevitably falls on consumers themselves.

Luckily, academics are studying faux endorsements and uncovering clues about how the language in them may reveal that they’re bogus. Here are four tics to watch out for:

Using an abundance of personal pronouns. Psychologists have found that people typically tend to use fewer personal pronouns when they’re lying. The son doesn’t say, “Hey Mom, I broke your vase.” He invokes the passive, distances himself from the event and says, “Hey, that vase got broken.” But fake reviewers, Cornell researchers have found, are trying to convince the world that they did something they didn’t do—so they overcompensate in the opposite direction by using more first-person pronouns. That could be saying “I ate the ravioli” when a normal person would write, “The ravioli was just delectable.”

Being just plain over-the-top. Bing Liu, a computer scientist at the University of Illinois—Chicago, says that fake reviews tend to be “overdone” and emotional. Look for superlatives, descriptions of rooms or meals or rides that weren’t just good but the best thing that ever happened this side of the Mississippi! Fake reviews for a Nashville-based company that sells guitar-lesson DVDs, and was fined by the Federal Trade Commission, described the discs as “the undisputed #1 training product.” Because that’s how unbiased, normal people talk about things they purchase, of course.

Overusing certain keywords and avoiding others. Recommendation site Yelp uses a secret algorithm to filter out what researchers call “deceptive opinion spam.” Analyzing reviews that got the boot, University of Illinois’ Liu found that certain words cropped up more in fake reviews of hotels than real ones, such as us, price, stay, feel, nice, deal and comfort. For restaurants, words such as options, went, seat, helpful, overall, serve, and amount were common currency in false write-ups. Cornell communications professor Jeff Hancock points out that fake hotel reviews will often lack spatial detail that real ones will include.

Using figurative language in the wrong places. In a recent study published by the Journal of Consumer Research, marketing professors found that people tend to use figurative language when reviewing hedonic products, those purchased for pleasure, and more straightforward language when reviewing utilitarian products, those purchased because they’re stuff you need. If someone is writing up an opinion on a certain brand of chocolate truffles, for instance, a metaphor about them being “to die for” wouldn’t be out of line. But if someone says a bagless vacuum cleaner is a beacon in their cold, dark night, some bells should be going off.