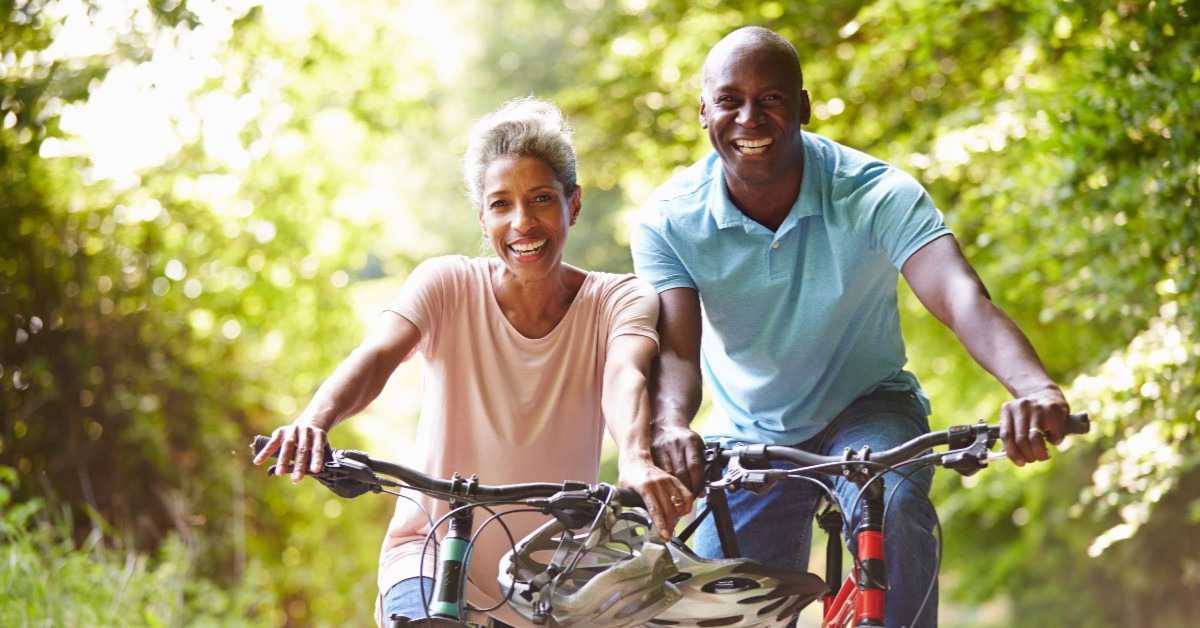 If you’re new to the world of electric bikes or if you’re a die-hard bicyclist who has shed hours of blood, sweat, and tears on your standard road or mountain bike, you might wonder, “What’s up with electric-powered bicycles? Are they just bikes for lazy people? Why not just buy a scooter?”

At Leeds, we understand why people have these questions and we’re here to help dispel some of the misconceptions about e-bikes. Continue reading to learn about how electric-powered bicycles provide fun recreation and even good exercise!

E-bikes are fun. People like to do fun things. Therefore…people want to ride their e-bike more often than those with a standard pedal bike. When you have an e-bike you’ll be excited to get out in the fresh air. You’ll start looking for reasons to make a trip to the grocery store. Even if you aren’t riding at the intensity or burning quite as many calories as you would on a standard bike, it’s the total number of minutes being active that counts. And even if you’re just cruising along and letting your bike do most of the work, you’re still farther ahead than if you were sitting at home on the couch eating that bag of Cheetos®.

An E-bike Often Replaces a Car

Many people choose to get an electric-powered bicycle to use as their primary means of transportation. Not only is this a good choice for the environment, urban congestion, and your pocketbook, but each person that rides an e-bike to work is getting some exercise instead of sitting motionless in a car. This may not sound like a very efficient way to get in shape, but when you add up your time spent in a car during the week, you’d be surprised. Maybe it only adds up to an hour or two, but that’s an hour or two that you’re pedaling, absorbing sunshine and breathing in the fresh air.

Getting an E-bike Motivates the Inactive

Maybe you or someone you know needs a little extra motivation to get moving. Or, maybe you have an aging parent or loved one that doesn’t get around like they used to. An e-bike may be the perfect solution to help someone become more active.

The term “electric powered bicycle” is somewhat of a misnomer. While the battery-powered motor assists with pedaling and getting you up hills, the intention is for the rider to also exert effort. For people who aren’t an icon of fitness, or for someone that has had a previous injury that limits their range of motion or stamina, an e-bike can help. Without the fear of not being able to make it up a hill or being stranded somewhere, people of all fitness levels can enjoy getting out and getting some exercise. 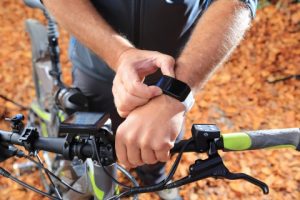 You Can Ride Farther

It makes sense that people will usually clock more miles per trip since they’ll be going faster and with less intensity than a standard bike. But how does this equate to getting an increased amount of exercise? Just because you go a farther distance while sitting in a car doesn’t mean you’re getting fitter with each mile.

It’s no secret that riding an electric bike is a lower-intensity workout than riding a traditional mountain or road bike. However, who says exercise only counts if you’re pushing yourself to go all-out to exhaustion? A longer, lower-intensity ride is still good for you and it builds endurance. You might look at an e-bike and a standard bike as being like the difference between a marathon and a sprint. Running a marathon isn’t done at the intensity of a sprint, but because you do it for a longer period of time, you’re still getting a benefit. In fact, it’s possible that avid e-bikers might actually get more exercise than those with a standard bike! It’s all about what you put into it. The same physical effort with the help of an e-bike just equates to a faster, more fun, and more distanced ride!

Call Leeds For All of Your E-bike Needs!

If you’re thinking of getting an e-bike or would like to learn more about using an e-bike kit to convert your current bicycle, Leeds can help. We have a wide range of e-bike parts, kits, and accessories in addition to complete e-bikes ready for you to take on the road. Call us today — we’d love to hear from you!