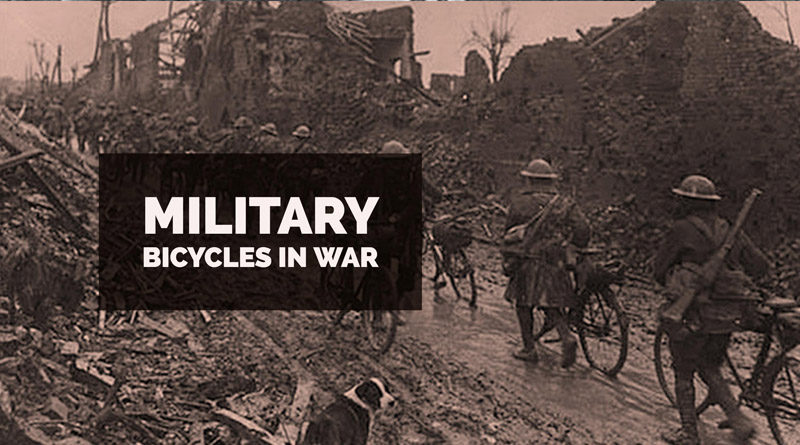 Bicycles have been around for centuries, dating at least 200 years and possibly to as long ago as 1534 while electric bikes followed in the 1890s. Like many inventions, bicycles ended up being used during wartime, starting as early as the 1800s and continuing through both World Wars and other periods of conflict. Benefits of using military bicycles include the inexpensiveness of maintaining them, their portability and ability to provide soldiers with an easy way to quickly transport themselves, including to places that are not accessible when using other forms of transportation.

A Military Bicycle is Better Than a Horse

Military leaders on the lookout for ways to improve their abilities during battles quickly realized the benefits of using military bicycles. One of these was not having to feed it as was the case for horses, which would still be used extensively in battle through World War I. France, Switzerland, the United Kingdom and the United States were amongst the first countries to realize these benefits, experimenting with bicycles during military exercises in the 1880s and 1890s.

First Use of Bicycles in War

Bicycles were initially used in battle during the Second Boer War, which took place from 1899-1902 in present-day South Africa and Swaziland. Both sides, which included the British Empire on one side and the Orange Free State and South Africa Republic on the other, used them. Daniel Theron of the Orange Free State became well known for his ability to organize military bicycles and use them to scout British movements and send information onward. He famously used a bicycle to sneak through British lines twice during the Battle of Paardeberg, bringing important messages with him.

In the years prior to World War I, the completion of gravel and paved roads across much of Europe helped create conditions that were ideal for military bicycles, which had been used more and more over the previous couple of decades to do things like communications, evacuation, reconnaissance, scouting and transportation. The British, German and Italian armies used bicycles in significant numbers during the Great War although their usage lessened when trench warfare started becoming more of a focus. 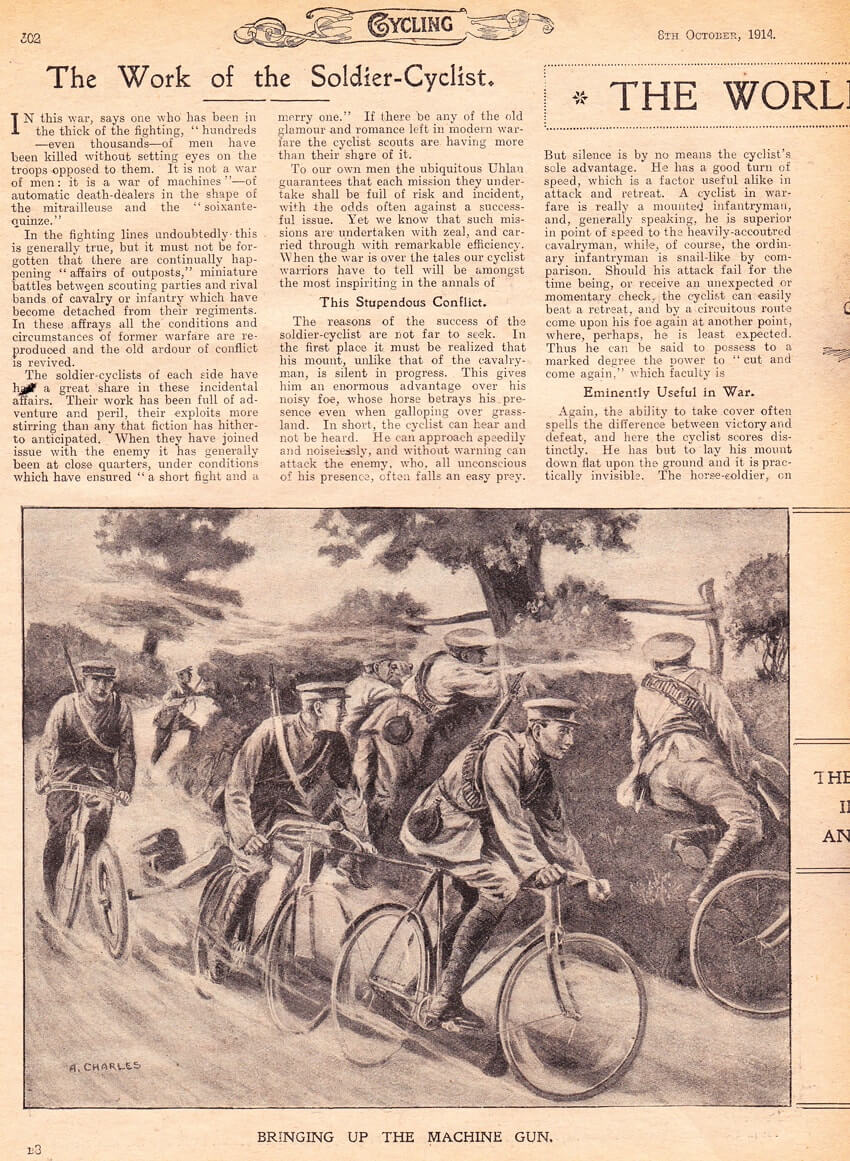 During the Second World War, Finland, Germany, Japan and the Soviet Union used bicycles extensively while Finland, Poland, Sweden, United Kingdom and United States did so to a lesser extent. Japan, who had used them while invading China in 1937, once again did so with great success early in World War II when they invaded present-day Malaysia en route to Singapore. 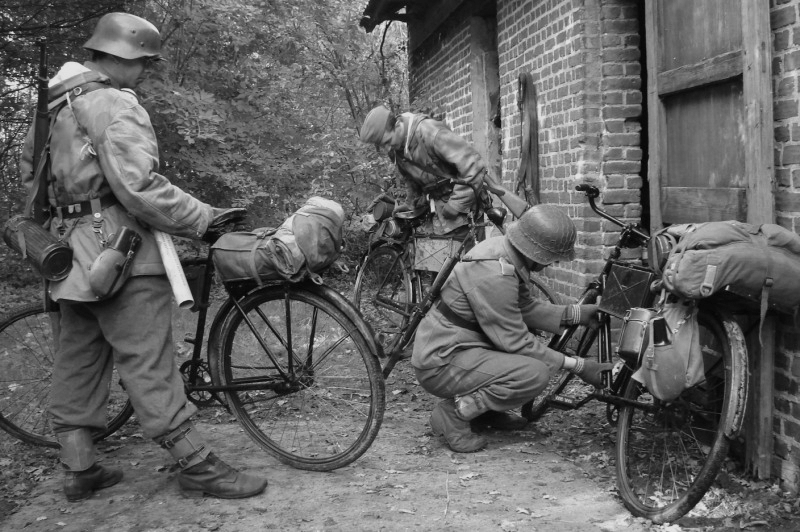 Although motorized transport became the focus as far as military transportation goes in the years following World War I and even more so after the conclusion of World War II, non-electric bikes remained in use from time to time, especially for armies that were not as financially strong as their opposition or who needed to take advantage of their stealth and other advantages. In particular, the North Vietnamese Army and Viet Cong used them extensively during the Vietnam War on the Ho Chi Minh trail, and the American military understood its value. 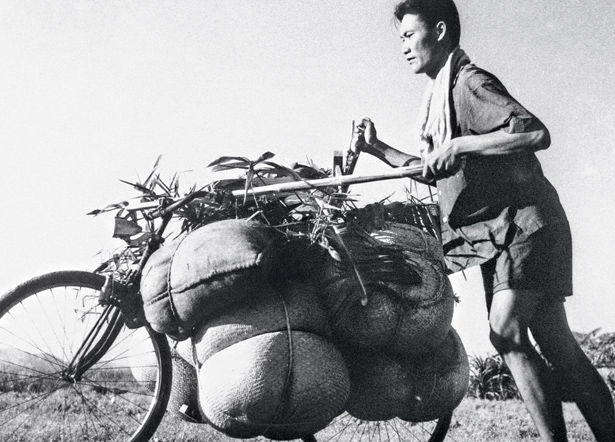 Bicycles are still being used by military forces around the world, but no Bicycle Infantry Regiments remain. The Swiss Army oversaw the final one, which it closed down in 2003. These cyclists had helped defend Switzerland against Germany during World War II, but they were deemed to no longer be needed in a technologically advanced age. However, many disagreed with the decision at the time and still do, saying that bicyclists are faster and more discreet than other forms of transportation. 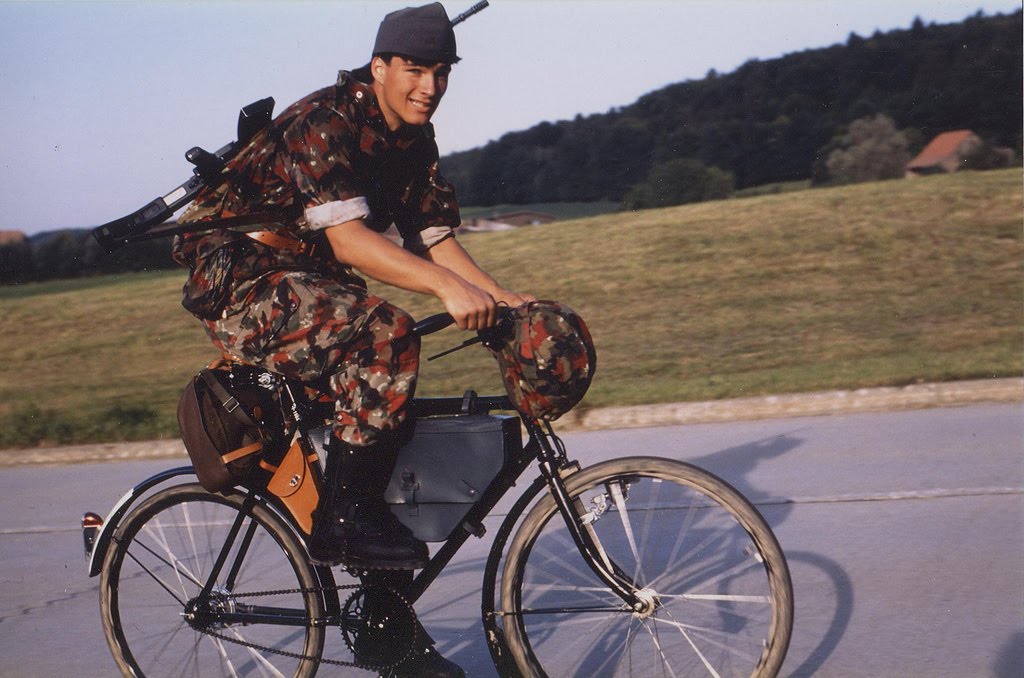 Electric Bikes and the Future of Military Bicycles

Electric bikes have gained interest recently among military leaders. Military forces look to combine the advantages of bicycles solely powered by their users with the use of an electric motor. Lighter electric bikes can reach speeds as high as 20 MPH while heavier ones can near a speed of 60+ MPH, which can be just as useful in battle as it is to civilians looking to get around a city or the countryside.

The United States Military recently unveiled a project for a hybrid fuel/electric bicycle, which is essentially part-bicycle, part-motorcycle. The most significant benefit of this type of vehicle is that it can run on fuel as well as electric power. The latter allows users to travel while only making about 55 decibels of noise, similar to an office setting, while it being powered by fuel bumps that up to 80 decibels, around the loudness of a garbage disposal and often just too loud to be stealth-like.

The future is unknown, but advances will surely be made to make bicycles as quiet, fast and portable as possible. One thing is clear: military use of bicycles will increase as they offer significant advantages over other forms of military transport, even as those other types continue to be developed as well. 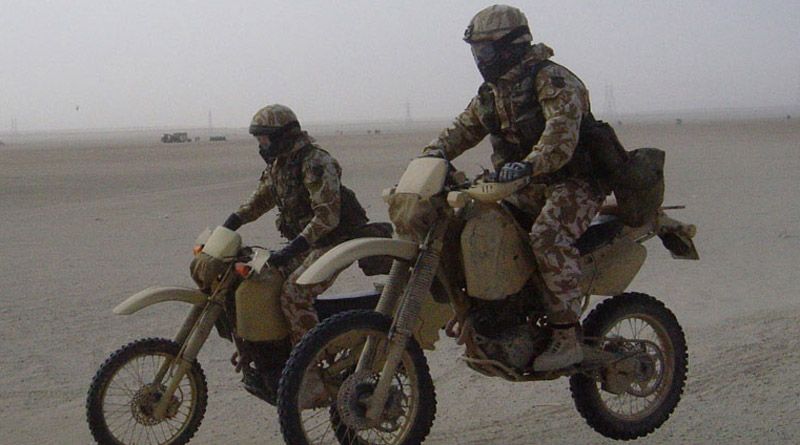